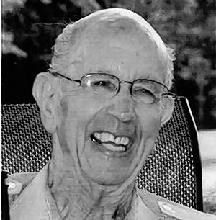 BORN
1928
DIED
2020
FUNERAL HOME
Richards, Raff & Dunbar Memorial Home
838 East High Street
Springfield, OH
BURGERT, Charles Anderson Born February 11, 1928, in Goes Station, Ohio, to Jesse and Mary (Kerns) Burgert. He is survived by his brother, Robert Burgert, of Oregon and several nieces and nephews. He was preceded in death by his parents; sisters, Ruth Ann Karsten and Marikay Brock; brothers, Don E. and Larry Burgert. Charles was a veteran who served in the United States Army. Following his military service, he lived in California for many years retiring from Pacific Bell and operating his own marina electronics store. He moved back to his Ohio home after retiring in 1992 to be with family. Charles loved flying with his brothers and was an accomplished artist whose paintings won many awards throughout the Ohio area. He spent many hours in his beloved Tree House Art Studio recreating scenic Ohio landscapes and wildlife. Burial took place at Rose Hill Cemetery. If desired, memorial contributions can be made to the charity of your choice. Arrangements have been entrusted to Richards, Raff & Dunbar Memorial Home. Expressions of sympathy may be made at www.richardsraffanddunbar.com.

Published by Springfield News Sun on Aug. 2, 2020.
To plant trees in memory, please visit the Sympathy Store.
MEMORIAL EVENTS
To offer your sympathy during this difficult time, you can now have memorial trees planted in a National Forest in memory of your loved one.
Funeral services provided by:
Richards, Raff & Dunbar Memorial Home
MAKE A DONATION
Please consider a donation as requested by the family.
MEMORIES & CONDOLENCES
Sponsored by Richards, Raff & Dunbar Memorial Home.
1 Entry
BETH JENKINS
August 3, 2020
Showing 1 - 1 of 1 results