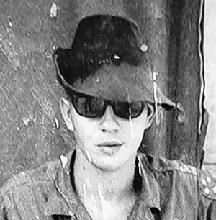 Age 74, of Springfield, passed away at home on August 26, 2021, from natural causes. He was born in Wenatchee, Washington on May 23, 1948, son of the late Norman and Margaret (Tackett) Jackson. Chuck proudly served his country in the United States Army from 1966 to 1970 during the Vietnam War. During his recruit training at Fort Benning, Georgia, Chuck won a medal in sharpshooting for his perfect score with the M-1 rifle at age 18. He worked at Holophane Manufacturing for many years. He was an avid fan of the University of Michigan Football team and loved watching his nephew, Grant Bowman, play from 1999 to 2004. Chuck loved cars, sports and music of all kinds, especially 70's Rock. Survivors include his three sons, Charles Jackson Watts, Kristopher Jackson Watts and Joseph Jackson Watts; one daughter, Tina Jackson Makey; numerous grandchildren, great-grandchildren, nieces and nephews. Also surviving are Chuck's sisters, Carroll Jackson Bowman and

invited to gather on Sunday, August 29, 2021, from 12-1 pm in the LITTLETON & RUE FUNERAL HOME, where a celebration of Chuck's life will begin at 1 pm, with Chuck's nephew, Rev. Tim West officiating. A lunch gathering will follow the service,

also at the funeral home. Expressions of sympathy may be shared by visiting www.littletonandrue.com.