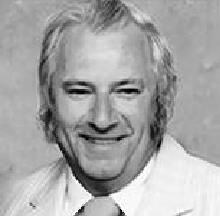 Charles Paul Pennington, age 90, of West Elkton, passed away peacefully surrounded by family on Friday, September 24, 2021. Predeceased by his wife Emma Jean, parents Charles and Lucy, and two children, Timothy and Greg. Loving father of Mike (Donna), Debbie (Mark), Terry and Mark. He will be missed by his ten grandchildren and twelve great-grandchildren.

Charles was born January 26, 1931, in Hamilton, Ohio. After graduating Hanover High School, he joined the U.S. Navy in 1949 and served on an aircraft carrier during the Korean War until 1953. After his service to his country, he moved back to Hamilton, Ohio, where he worked first at Clearing Machine and then Mosler Safe. In 1969, he was transferred to Buffalo, NY, where he left secular work and accepted a job as full-time minister for the Church of Christ in Niagara Falls, NY. During his time with the church, he hosted a successful weekly radio program, Christian Evidences. Charles moved back to West Elkton, Ohio, in 1976. He then worked at Diebold and Dayton Technologies. He was active in local politics and served as West Elkton Mayor and Chief of police for seventeen years. For over twenty-five years, Charles operated a mail order and online bookstore called Books and Stuff, which was his favorite hobby. Active member of the West Elkton and Oxford Churches of Christ for many years. A kindhearted and generous person, he will be sorely missed by his many friends and family.

Funeral service will be held at Brown Dawson Flick Funeral Home, 1350 Millville Ave., Hamilton, Ohio, on Wednesday, September 29, 2021, at 12:00 PM with Minister Hugh Howard officiating. Burial will follow at Millville Cemetery. Visitation will be held on Wednesday from 11:00 AM to 12:00 PM at the funeral home. Condolences can be made at

Published by Journal-News on Sep. 28, 2021.
To plant trees in memory, please visit the Sympathy Store.
MEMORIAL EVENTS
Sep
29
Visitation
11:00a.m. - 12:00p.m.
Brown Dawson Flick Funeral Home
1350 Millville Ave., Hamilton, OH
Sep
29
Funeral service
12:00p.m.
Brown Dawson Flick Funeral Home
1350 Millville Ave., Hamilton, OH
Funeral services provided by:
Brown-Dawson-Flick Funeral Home
MAKE A DONATION
MEMORIES & CONDOLENCES
Sponsored by Brown-Dawson-Flick Funeral Home.
2 Entries
Prayers for you all. He's been my neighbor for over 5 years. Couldn't ask for a better person to live next too. He was the sweetest and always brought me flowers and brought my kiddo candy. We will definitely miss him
Tiffany and Jerad
Friend
September 30, 2021
Your family is in our thoughts and prayers at this time. On the couple occasions we were able to meet Charles, I remember he had such a sweet smile and seemed to truly enjoy being with family.
Kristy & Jeriel McGinness
September 28, 2021
Showing 1 - 2 of 2 results