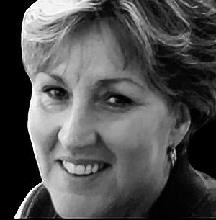 Charlotte Shaw left the embrace of her loving family and was gently placed into the arms of her Lord on November 19, 2021. Charlotte's humble birth in a hollar in Clearfield, Kentucky, was just the beginning of the modest lifestyle she would display for the rest of her life. Being born to Paul and Martha "Julie" Adkins in 1947 on a lowly couch, she carried the selfless character throughout her life. One would think someone so dearly loved,

cherished, and admired by all would deserve to have a grand entry into this world, but the low key ascension seemed

fitting to Charlotte, the quiet soul who never wanted the limelight or center of attention. Being the oldest child in her family, Charlotte took the role of caretaker seriously as she watched over her brother, Donald Adkins. She led him into fun mischief more often than most adults realized due to the fact that she carried the banner of the "quiet" one all too well. A few years after the passing of her father, the Lord led Ernest Brown into the life of her mother. He became a father figure to the family and brought with him three children, Rick,Teresa, and Randy, whom Charlotte loved. Charlotte was indeed timid, but her quiet character was beautifully paired with a fun loving spirit which added excitement and laughter to her life and all who journeyed with her. As her shy

demeanor led her into her teen years, she discovered a place of safety, comfort and love in a young man named Larry Shaw. He knew he had discovered a treasure and carried her into a marriage that lasted 56 years. They were rarely apart. Their love for one another created a bond that few possess. It is so deeply rooted that they are joined together by their souls. Larry will never be whole till they meet again, yet

having her as his bride was a gift he will forever cherish.

Charlotte not only passionately filled the role as wife with grace and power, but she also became the rock, a pillar of strength, to her children, Shelley Dillow (Dave), Trisha (Brent Mcglone), Gretchen Elliott (Bryan), and Michael Shaw (Katy). Her role as mother was a mission she never retired from.

Being a caretaker at heart, she rose up to be the best grandma to nineteen children and a great-grandma to twelve whom she adored and treasured. She was known to slip in and help when the babies were sick, parents needed a break, a meal needed made, or a house needed cleaned. She was

always there when needed. When Charlotte wasn't caring for her family, she was silently providing meals to those in need, organizing hospitality events where she shined as a leader by working with different personalities and skill sets to create an atmosphere that welcomed all, helping in the nursery at church, and giving a friend a listening ear. Her family and friends will struggle as they learn to navigate life without her endless talks where she proved to be a skilled listener with sound advice, encouragement, and guidance. Her crew will strive to take the lessons she so lovingly taught and continue to spread her love to the world. Family and friends are invited to gather on Saturday, November 27, 2021, from 10-11am at Central Christian Church, 1504 Villa Rd., Springfield, with a celebration of Charlotte's life beginning at 11:00, Pastor Carl Ruby officiating. The service will be live-streamed on the

Littleton & Rue Funeral Home and/or Central Christian Church Facebook Page beginning at 11am. Special thanks to the

became mom's favorite due to the love, encouragement and care they so gently provided. In lieu of flowers, memorial gifts may be made in Charlotte's name to your favorite charity.

Expressions of sympathy may be shared by visiting

Published by Springfield News Sun on Nov. 25, 2021.
To plant trees in memory, please visit the Sympathy Store.
MEMORIAL EVENTS
To offer your sympathy during this difficult time, you can now have memorial trees planted in a National Forest in memory of your loved one.
Funeral services provided by:
Littleton & Rue Funeral Home
MAKE A DONATION
Please consider a donation as requested by the family.
MEMORIES & CONDOLENCES
Sponsored by Littleton & Rue Funeral Home.
1 Entry
Larry, so sorry for your loss.
William A or Rita B Ziegler
Other
November 28, 2021
Showing 1 - 1 of 1 results