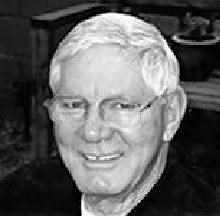 Age 89 of Dayton, passed away peacefully surrounded by

Turner Wilson in Frenchburg, Kentucky. Gene worked for more than 36 years as

Ledex before he retired in 1994. He was a veteran of the Korean Conflict, having proudly served in the U.S. Marine Corps and a Purple Heart recipient. Gene enlisted in the Marines in 1950 where he was a

Sergeant, member of the George Company of the First Marine Division, a Squad Leader and Machine Gunner. He was a

member of the Englewood United Methodist Church since 1992. Gene enjoyed spending time with his children and grandchildren. He also enjoyed traveling with his wife, Erla. He was also a member of the following organizations: VFW Post 7741, American Legion #668, AMVETS #99, and he was Treasurer of the Korean Veterans Memorial Association. He is survived by his beloved wife of 42 years: Erla L. (Ross) Wilson, daughter: Denise Demaray of Arizona, daughter-in-law:

sister: Evelyn (Kenneth) Peyton. A Funeral Service will be held at 10:00 am, Saturday, July 24, 2021, with Reverend Kim Armentrout officiating at Kindred Funeral Home (400 Union Blvd. Englewood, Ohio) with entombment to follow at Royal Oak Memorial Gardens Mausoleum. A visitation will be held Friday, July 23, 2021, from 5:00 - 7:00 pm at Kindred Funeral Home. In lieu of flowers, donations can be made to Englewood United Methodist Church or Vitas Hospice. Online

condolences may be made to the family at

Published by Dayton Daily News on Jul. 22, 2021.
To plant trees in memory, please visit our Sympathy Store.
MEMORIAL EVENTS
Jul
23
Visitation
5:00p.m. - 7:00p.m.
Kindred Funeral Home
400 Union Boulevard, Englewood, OH
Jul
24
Funeral service
10:00a.m.
Kindred Funeral Home
400 Union Boulevard, Englewood, OH
Funeral services provided by:
Kindred Funeral Home
MAKE A DONATION
MEMORIES & CONDOLENCES
Sponsored by Kindred Funeral Home.
1 Entry
Denise, I am so sorry to have read you father's obituary in today's Dayton paper. It was the first time I became aware that Mike had died almost a year ago! I am so shocked that both Mike and Gene are gone. I am so sorry for your loss of both your father and your brother. I have fond memories of both of them. Please accept my sincere condolences, and know that I am holding you in my heart......Kristy
Kristy Sue Dillon
July 22, 2021
Showing 1 - 1 of 1 results