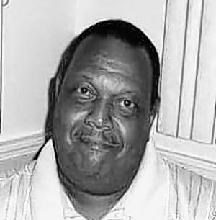 Joseph Taylor Jr "Butch" was born to Dorothy L. Brown and Joseph Taylor Sr. on July 26, 1945, in Birmingham, AL. Raised in Columbus, GA, he moved to Dayton, Ohio, as a teen, he was a drummer in Dunbar High School's band where he graduated in 1964. Joseph worked for many years as a Press operator at Dayton Press, he was also the manager for several local Ohio State Liquor Stores, and a Driver for MCBDDS where he retired in 2011. Preceded in death by his Parents Dorothy and Joseph Sr, Daughters Tiffany and Racheal and Son Kevin. Left to cherish his memory is his loving and devoted wife of 43 years, Rena E. Taylor, Daughters Candis R. Brown (Dayton), Rhontae' M.

Online condolences may be sent to the family at