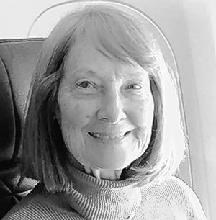 Age 78, formerly of Centerville, OH, passed away July 9, 2021, in Seattle, WA. She was preceded in death by her husband

Roberta (Mahan) Brown. She is survived by a son, Michael Scott Brown in Seattle, WA;

Jason Leach of Kettering, OH, and David Brown of Belmont, OH; and grand puppy, Lola Brown in Seattle, WA. Judith was an Executive Secretary at DP&L during the early 60's. The

service at 11 am. Interment will follow at Miami Valley

Cemetery. Online condolences may be sent to