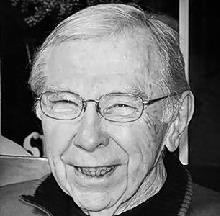 89, of Kettering, Ohio, loving husband, father, father-in-law, grandfather, great-grandfather, brother and uncle, passed away peacefully in the early morning hours of June 28, 2021. He was visited by all of his children and most of his grandchildren during his time in hospice care.

Collins (Jean Dick); and many nieces, nephews, other relatives and friends.

Ken was the first high school and college graduate in his family, a proud Army veteran and electrical engineer, earning his degree from the University of Minnesota. He also earned a law degree from William Mitchell College of Law in St. Paul, studying nights while working full time designing early generation computers and raising a young family. Ken's career took the family from the Twin Cities area to West Caldwell, New Jersey; Seattle, Washington; Santa Maria and Tarzana, California; Salt Lake City, Utah; Zanesville, Ohio; and Kettering, Ohio, where Ken finished his career and he and Rose lived until their deaths. Over the course of his career, he worked with Boeing, Sperry Univac and NCR, from which he retired in 1994. Ken and Rose spent the next 20 years traveling the world, with their trips to China and particularly Africa being among the most special to them.

Ken and Rosemary were faithful Catholics, and they made it a point to attend mass at cathedrals around the world on their travels. When in town, they attended St. Albert the Great in Kettering, where a funeral mass will be held 12PM on Friday, July 23. The mass will be followed by a reception at NCR Country Club, where the Oehlers family will hope to see many friends and extended family members. Ken and Rosemary will later be joined together in burial at Calvary Cemetery in Dayton. Memorials in Ken's honor can be made to Christ Child Society of Dayton (www.christchildsocietyofdayton.org) or the Good Works Farm in Waynesville, Ohio, which provides services and recreational programs for people with autism and other special needs (www.goodworksfarm.org).
Published by Dayton Daily News from Jul. 3 to Jul. 4, 2021.
To plant trees in memory, please visit the Sympathy Store.
MEMORIAL EVENTS
Jul
23
Funeral Mass
12:00p.m.
St. Albert the Great
Kettering, OH
Funeral services provided by:
Routsong Funeral Home & Cremation Services - Kettering
MAKE A DONATION
MEMORIES & CONDOLENCES
Sponsored by Routsong Funeral Home & Cremation Services - Kettering.
0 Entries
Be the first to post a memory or condolences.