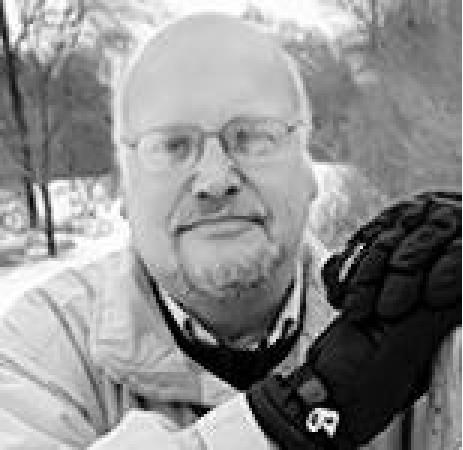 BORN
1952
DIED
2017
FUNERAL HOME
Apfel-Ehlert Funeral Home
315 Lord St
Edgerton, WI
GUISLEMAN, Michael E. EDGERTON Michael E. Guisleman, age 64, of Edgerton, died unexpectedly Sunday, Sept. 3, 2017, at his home. He was born in Dayton, OH, on Sept. 11, 1952, the son of Donald and Myra (Saylor) Guisleman. Mike moved to WI to attend college and fell in love with everything about the state. He enjoyed the natural wonders by hiking, camping, canoeing/kayaking, sailing and motorcycling (he loved his Ducati), doing so on his own, with family and friends or the multitude of organizations he supported through his lifelong volunteerism, which included: Ice Age Trail, Sierra Club, Rock Trail Coalition, Friends of Beckman Mill. Mike graduated from UW Madison in 1983 with a Bachelor's degree in Natural Resources and later from UW Whitewater with a Master's degree in Guidance and Counseling. He was married to Deb Jones on Aug. 27, 1988 at Gibbs Lake County Park. He was a dedicated employee of Rock County for many years, having an inspiring work ethic which began in the Kitchen/Housekeeping departments and led to Administrative positions within Human Services, including Coordinator of Mental Health Services in Rock County. He also served as the County Parks Director until 2007, when he came out of retirement as his drive to help others led him to Social Work positions within the Janesville School District at the High Schools and the Rock County Jail. Mike freely shared his passion for Wisconsin's natural resources and environment with all who crossed HIS path. He championed the Ice Age Trail He was an avid reader, enjoyed genealogy research, driving his '52 Chevy, watching the Green Bay Packers and cooking for others. He is survived by his son, Jesse Guisleman of Milwaukee; his former wife, Deb Guisleman of Edgerton; half-sister, Pamela Gorsuch of Dayton, OH; Krista Gorsuch (niece) and daughter, Mia of Dayton, OH; Carla (Bobby) King (niece); Travis (Christie) and son, Braedon and many with other relatives and friends. He was preceded in death by his parents and a half-brother, Donnie Stratton. Memorial services will be at 12:00 p.m. on Monday, Sept. 18, 2017, at the APFEL EHLERT FUNERAL HOME & CREMATION SERVICE, 315 Lord St. (Hwy 51) Edgerton. Rev. Jim Salimes will officiate. Private family burial will be in the Fulton Cemetery. Visitation will take place on Monday from 10:00 a.m. until the hour of services at 12:00 p.m. at the APFEL EHLERT FUNERAL HOME. Memorials in Mike's name may be made to The Ice Age Trail Foundation. For on-line condolences: www.apfelfuneral.com
Published by Dayton Daily News on Sep. 13, 2017.
To plant trees in memory, please visit the Sympathy Store.
MEMORIAL EVENTS
Sep
18
Visitation
10:00a.m. - 12:00p.m.
Apfel-Ehlert Funeral Home
315 Lord St, Edgerton, WI
Sep
18
Memorial service
12:00p.m.
Apfel-Ehlert Funeral Home
315 Lord St, Edgerton, WI
Funeral services provided by:
Apfel-Ehlert Funeral Home
MAKE A DONATION
MEMORIES & CONDOLENCES
Sponsored by Apfel-Ehlert Funeral Home.
2 Entries
I will miss Mike. Wish I had seen him more in the last years.

My condolences go out to the family and friends who will miss him very much. I know I will.
LeRoy Henkel
October 2, 2017
Mike was such a great guy! I am so sad to learn of his passing.
Linda Preysz
September 18, 2017
Showing 1 - 2 of 2 results