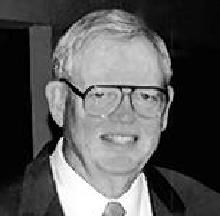 Age 83, of Centerville, passed away on Saturday, September 4, 2021. Paul was born on June 14, 1938 in Warren, PA to the late Vernon A. and Evelyn V. (Hanke) Serenius. He graduated from Omaha High School in Nebraska, earned his Chemistry Degree at Gustavus Adolphus College in St. Peter, Minnesota and was a graduate of the University of Minnesota in Dentistry. Paul was a devote Christian and longtime member of Centerville Community Church. He opened his first private practice in Le Sueur, Minnesota before he was drafted into the U.S. Army. Later opened his second private practice in Anoka Minnesota. He then moved to Dayton Ohio where he practiced at the Dayton VA Hospital and chaired the Resident Dental Program, maintaining his status in the Army Reserve. Paul was a generous, kind, and forgiving man who will be missed greatly. He is survived by his loving wife of 62 years, Kathryn; children, Linda (David) Taylor, Mark (Jennifer) Serenius, Eric (Deborah) Serenius; 12 grandchildren, 15 great-grandchildren, and sister, Lois (Dave) Sweney. Family will greet friends from 4-7PM on Thursday, September 16 at ROUTSONG FUNERAL HOME, 81 N MAIN ST, CENTERVILLE. Funeral Services will be held at 10AM on Friday, September 17 at Centerville Community Church, 10688 Dayton Lebanon Pike, Dayton. Burial in Miami Valley Memory Gardens. Memorial contributions may be made in Paul's memory to the Salvation Army, 1000 N Keowee St, Dayton, OH 45404. Fond memories and condolences may be shared with the family at