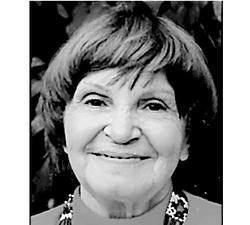 THOMAS, Polly Polly Thomas of Eaton passed away June 11, just a month shy of her 99th birthday. Awarded an honorary degree by the University of Cincinnati, she was also a graduate of Stivers High School in Dayton, Miami Jacobs Business College and the Dayton Art Institute School. Polly was an award-winning columnist for the former Dayton Journal Herald, a columnist for the Eaton Register-Herald, a talented song writer, hostess of a WKBV talk show, and co-founder of the Center for Triological Research (CTR). During the last 45 years, she conducted numerous CTR workshops around the country and shared her findings with experts in the fields of artificial intelligence, physics and engineering, multiple science disciplines, medicine, and psychic phenomena. Polly was a free spirit and knew no boundaries for her thought processes and creativity. She was an icon, a legend, and she leaves a rich legacy of inquisitiveness, ingenuity and resilience for her family, friends, and all those - from the famous to the homeless -- whose lives she touched. She was preceded in death by her husband, Robert H. Thomas, her daughter Toni Thomas Haas, her brother Dr. Charles H. Buck, her sister Mary Elizabeth Norris, and her dear friend and research partner Noel Cornely. She is survived by a daughter Charnell Havens of Carrollton, VA, and four grandchildren and their families: Robin (Dr. Joseph) Tate of Hollidaysburg, PA; Rene (William) Fitch of Smithfield, VA; Dylan Haas of Hamilton, NJ; and Amy (Thomas) Hines of Smithfield, VA. The family wishes to extend its unending gratitude to the outstanding care team that made it possible for Polly to remain in her own home as her health declined. These special people include: Bonnie Cole, Stacey Laine, Brenda Miller, Sandy Fisher, Karen Snyder, Don VanSkiver, their fabulous team leader Rene Lair, and the Hospice nurse Debbie. Thanks also to her special friends, Stu Cart and Richard Ballengee, who gave her great joy. The CTR core team will continue Polly's research and establish mechanisms to make the findings available and usable. Memorial contributions may be made to the Center for Triological Research at the Eaton National Bank.

Published by Dayton Daily News on Jun. 27, 2010.
To plant trees in memory, please visit the Sympathy Store.
MEMORIAL EVENTS
To offer your sympathy during this difficult time, you can now have memorial trees planted in a National Forest in memory of your loved one.
MAKE A DONATION
MEMORIES & CONDOLENCES
3 Entries
Polly touched so many lives. She provided much needed light in an increasing darkening world. She will be greatly missed. For you, Polly: "I thought I saw you riding up the lane..." "But, When tall shadows run to meet each other in the grass, I realized, they fooled my eyes, Shadows of the Past" Your eternal friend and co-conspirator, Brad Bennett
July 16, 2010 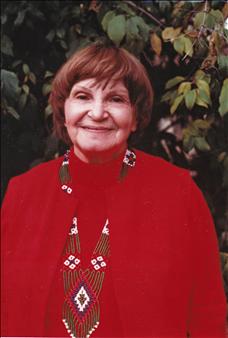 June 27, 2010
My heart and prayers go out to you, Charnell, at this time of adjustment to your loss. What a wonderful life your mother experienced!
Fondly, Beverly Tarzinski Votaw
June 27, 2010
Showing 1 - 3 of 3 results