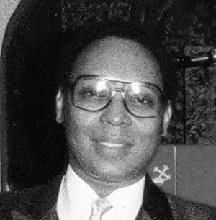 Anderson and Hazel Cleveland in Cincinnati, OH. In addition to his parents, Reginald was preceded in death by his sister, Jewel Anderson.

A veteran of the U.S. Army, he later worked as a U.S. Postal Service carrier and retired in 2009 after 45 years of service. Reginald was an amazing

saxophone player, an avid music lover, and sports enthusiast. His favorite football teams were the Cincinnati Bearcats and Oakland Raiders.

He is survived by his loving wife of 35 years Thelma Elaine; one daughter: Shannon Anderson-Hammond (Daryl) of