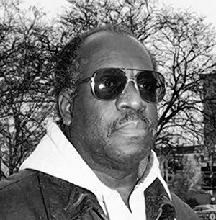 Cosmetologist and Masseur. A retiree of Inland/GM (30 years) and the Montgomery County Coroner's Office (15 years).

Richard worked assisting various funeral homes, until illness hindered him. One of his last jobs was with Dayton Public Schools. Funeral service will be held Monday, October 18, 2021, at 11AM, viewing 10-11AM, at H.H. Roberts, 38 S.