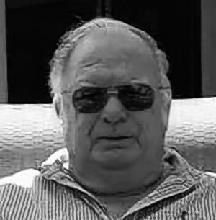 following a brief illness at Soin Medical Center on Saturday morning, October 31, 2020. He was born in Springfield on June 5, 1942, the son of the late William Henry and Nora Mae (Lewis) Howard, the

Remington, and Jennifer Landrum; five great-grandchildren; and several nieces and nephews. He was preceded in death by his wife, Sandra Jo (Woodman) Howard in 2007; brother,

William Howard, II; and brother-in-law, John Northup. The family would like to extend their thanks to the critical care doctors and nurses at Soin Medical Center. Bob's funeral

service will be held at 1:00 p.m. Wednesday, November 11, 2020, in the LITTLETON & RUE FUNERAL HOME. The family will receive friends beginning at 11:00 a.m. until the time of service. Burial will be in Enon Cemetery. The service will be livestreamed through the Littleton & Rue Facebook page

Expressions of sympathy may be sent to the family at