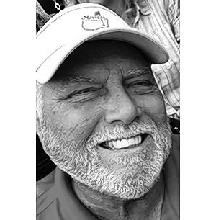 68, of Springfield, passed away Sunday, July 18, 2021, in his home. Terry was born February 1, 1953, in Springfield, Ohio, to Ernest and Louise (Dalton) Swords. He was a member of St. Raphael Catholic Church. Survivors include three daughters, Danielle (Ryan) Gillam, Laura (Matt) Middleton and Emily Swords; three grandchildren, Brady and Brock Gillam, and Joseph Middleton; two brothers, David (Phyllis) Sword and Michael (Janine) Swords; two half-sisters, Holly Swords and Patricia Vollmer; two brothers-in-law, Michael (Becky) DaRif and Craig (Marilyn) DaRif; special friend, Kay Oberly; and numerous nieces and nephews. In addition to his parents, he was preceded in death by his loving wife, Margaret in 2016; and a brother, Thomas. Terry was an amazing father, brother, grandpa, friend, Popo, and Teddy. He was loved by all who knew him. Mass of

Christian Burial will be held on Thursday at 10:30 a.m. in St. Raphael Church. The family will receive friends two hours

prior, beginning at 8:30 a.m. in the church. In lieu of flowers, memorial contributions may be made to the Humane Society. Arrangements are being handled by CONROY FUNERAL HOME.
Published by Springfield News Sun on Jul. 21, 2021.
To plant trees in memory, please visit our Sympathy Store.
MEMORIAL EVENTS
Jul
22
Calling hours
8:30a.m. - 10:30a.m.
St. Raphael Church
OH
Jul
22
Mass of Christian Burial
10:30a.m.
St. Raphael Church
OH
Funeral services provided by:
Conroy Funeral Home
MAKE A DONATION
MEMORIES & CONDOLENCES
Sponsored by Conroy Funeral Home.
7 Entries
I am glad I got to work with Terry and Margaret for many years at St Johns Center. I would run into Terry often over the years. He was a great person. My sincere condolences for family and friends.
Tammy Penwell
July 27, 2021
TERRY, MARGARET AND I MET WORKING TOGETHER AT MERCY ST. JOHNS CENTER. AFTER LEAVING ST . JOHNS TERRY WENT TO HEARTLAND AS HEAD OF MAINTENANCE. TERRY WENT ABOVE BOARD TO MAKE SURE I HAD EVERYTHING I NEEDED WHILE I WAS THERE. TERRY WAS LOVED AT BOTH PLACES BUT I THINK HE WAS TRULY HAPPIER AT HEARTLAND. HE WAS WELL-LIKED/LOVED BY EVERYONE. TERRY WAS DEVOTED TO HIS FAMILY. HE TRULY LOVED HIS GIRLS AND GRANDCHILDREN. I THOUGHT HE AND MARGARET MADE A BEAUTIFUL COUPLE. THEY ARE REUNITED AGAIN
MARY A Dill
Work
July 26, 2021
I'm so sorry for your loss. I worked with Terry at Heartland of Springfield, he was such a sweet man.
Wendy Archer
Work
July 26, 2021
My deepest condolences to Terry's family and loved ones. Terry was a dear friend and former coworker that was considered family within the Stjohns facility and I can't mention Terry without mentioning Margaret his dear wife whom we all loved as well. Terry and Margaret will forever be missed and always loved and never forgotten. Fly high and rest easy dear angels and watch over all of us.
Valerie House
July 22, 2021
Terry. You will be sadly missed. You were our friend at st John's we loved you so much. Great person and Margaret. Rest in peace you both.
Pearlie Mcmahon
Work
July 21, 2021
Prayers for the family You were one of the nicest people I had ever met. It was fun working with you!
Tammy Barker
Work
July 21, 2021
Hi Girls. Just want to say how sorry I am to learn of Terry´s passing. I would be there for you but I am in Vegas. I was in Vegas when Margaret passed as well. They both were very sweet people. I always admired how much in love they were. I always will remember the good times I had with them at St. John´s. They are together now watching over you all. Hugs and prayers
Sara Monroe
Friend
July 21, 2021
Showing 1 - 7 of 7 results