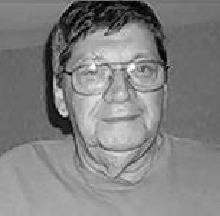 in Sizerock, Kentucky, on

September 30, 1938, to Frank and Polly Hamblin Barger. He served in the United States

sheriff for Leslie Co, Kentucky. Von retired from Ford Motor Company after many years of service. He was a member of the Masons. Von was known for his kindness and dedication to his family. Von is survived by his wife of 42 years, Carol Barger; his children, Karen (Marty) Proctor, Brandon Barger and Tiffany (Joseph) Williams; his stepson, Jason Kramer; his grandchildren, Heaven, Joseph,

Elizabeth (the late Don) Pace; his dear friends in Leslie Co, Kentucky; and a host of nieces, nephews, family members and friends. Von was preceded in death by his son, Mark Barger; his grandson, Travis Barger; his parents; his brother, Ted Barger; his nieces, Teresa and Elizabeth Burton; and his

great-niece, Aubrey Jones. Visitation will be held at Brown Dawson Flick Funeral Home, 1350 Millville Ave, Hamilton, Ohio, on Saturday, June 12, 2021, from 10:00 AM to 12:00 PM. Funeral Service to follow at 12:00 PM. Services and burial pending in Leslie Co, Kentucky. Condolences may be left at