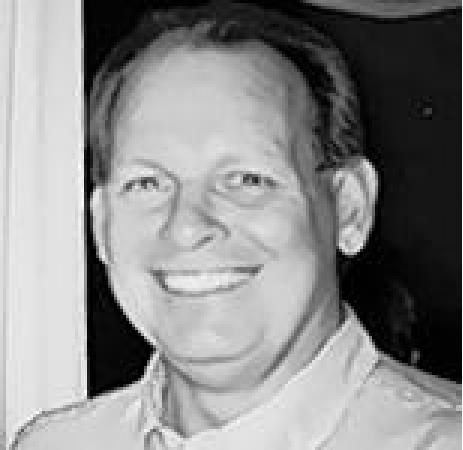 BORN
1951
DIED
2017
ABOUT
Taft High School
FUNERAL HOME
Webb Noonan Kidd Funeral Home
240 Ross Ave
Hamilton, OH
COX, William "Bill" Age 66 of Lawrenceburg, IN, formerly of Hamilton, passed away on Sunday, October 1, 2017 at Dearborn County Hospital. He was born on March 10, 1951 in Hamilton, the son of the late William R. and Welma J. (Boggs) Cox. Bill graduated from Taft High School in 1969, attended Miami University for two years and then went on to attend Eastern Kentucky University. He was a letter carrier for the Hamilton USPS and a member of Springdale Nazarene Church. On June 28, 2000, Bill married Teresa M. (Stuckey) Cox in the Bahamas. He was a 3rd degree black belt in karate and judo, winning numerous awards over the years, a water skiing instructor and judge, snow skiing patrolman and emergency instructor, managing ski teams in Lawrenceburg, IN and elsewhere on the collegiate level, and a master scuba diver. He was also very involved locally with the developmentally disabled in teaching them to water ski, and he helped build the launch ramp on the Great Miami River in Hamilton. Bill is survived by his wife, Teresa; brother, Mike (Cindy) Cox; niece and nephews, Michael, Jeffrey and Kelly Cox; step-son, John T. (Heather) Burke III; step-grandchildren, Felicia, Loriana and Jessica; and numerous cousins. He was preceded in death by his parents. Visitation will be held on Friday, October 6, 2017 from 5pm until 7pm at Webb Noonan Kidd Funeral Home, 240 Ross Avenue, Hamilton. Funeral Service will be held at 7pm on Friday at the funeral home with Pastor Marshall Duke officiating. Condolences may be left for the family at www.Webb-Noonan.com
Published by Journal-News on Oct. 4, 2017.
To plant trees in memory, please visit the Sympathy Store.
MEMORIAL EVENTS
Oct
6
Visitation
5:00p.m. - 7:00p.m.
Webb Noonan Kidd Funeral Home
240 Ross Ave, Hamilton, OH
Oct
6
Funeral service
7:00p.m.
Webb Noonan Kidd Funeral Home
240 Ross Ave, Hamilton, OH
Funeral services provided by:
Webb Noonan Kidd Funeral Home
MAKE A DONATION
MEMORIES & CONDOLENCES
Sponsored by Webb Noonan Kidd Funeral Home.
5 Entries
My most sincere condolence for your loss. Bill and I skied together at Sugar Creek Ski Hills with the National Ski Patrol.
Yes, I do remember that smile.
Norman Wiechnick
October 20, 2017
My deepest sympathy to Bill's family. Bill was so helpful and kind when I was a ski patrol candidate. He will be missed.
Darcy Hanley
Darcy Hanley
October 6, 2017
Bill you will be missed greatly and I am sure God has Welcomed you Home. As my longtime friend from our days starting at SugarCreek Ski Hills until now, while we did not get to share time together as much as I would have liked in the last years, you were always appreciated as you lit up a room.

John Cole Ocala, Fl.
John Cole
October 6, 2017
So sorry for your loss Teresa. I remember Bill fondly from your visits to Tom and Heather's house. Thinking of you. Kathy & David Steger
Kathy Steger
October 5, 2017
Teresa, our thoughts and prayers are with you during this difficult time. We have special memories of our class picnic times together with Bill and his speedboat on the water.
We love you and pray for the comfort and peace of mind that only the Lord can give you.
Love in Jesus,
Your Grow and Tell Sunday School class
October 3, 2017
Showing 1 - 5 of 5 results