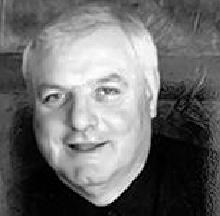 William Arthur "Bill" Haggy, 76, of South Vienna, Ohio, passed away on July 16th, 2021, ,surrounded by his loving family. Bill was born to Arthur and Betty (Seitz) Haggy, on August 30th, 1944, in Springfield, Ohio. Bill graduated from Northeastern High School in 1963, where he was a tremendous three sport athlete in football, baseball, and basketball. In baseball he was awarded All League 3 times and was the MVP of the team in 1963, while in football he was All League 2 times, all county 2 times, and the team MVP his senior year. Bill still holds the record in football for most points in a season with 138 off of 23 touchdowns in 1963. After High School Bill married the love of his life, Judith Locke, in 1966. He is survived by Judith, a daughter, Candace Haggy, a son Bret Haggy , and granddaughter Alexia Haggy, as well as three brothers, Terry Haggy and wife Cindy, Mike Haggy and wife Linda, and Rick Haggy and

Connie. Bill was also an Uncle to 10 nieces and 5 nephews. He was preceded in death by his father Art, mother Betty, father-in-law Gilbert Locke, mother-in-law Margaret Locke, sister-in-law Kellee Haggy, sister-in-law Linda Angelo, brother-in-law Richard Locke, niece Linda Michelle Haggy, nephew Warren Locke, nephew Jason Sims, Niece Madison Haggy, and great-nephew Bryan Brannon. Bill proudly served in the Ohio Army National Guard for 10 years. He retired from Speco Corporation, where he worked for 25 years. He was an avid softball player for 30 years and coached men's softball and men's amateur football as well. He was a devout Cincinnati Reds fan and a die-hard Cleveland Browns fan, to say the least! Bill loved to ride his motorcycle, vacation with his family and friends, and spend time with his brothers and family. He also was a member and very involved with the United Church of South Vienna. Bill was most known for three things…his love of family, being loud and larger than life, and most recognized for coaching youth sports. Coaching was his passion, and he was instrumental in hundreds of kids' lives, evidenced by the outpouring of support from past athletes. As grown adults, many former players would stop by his house to visit years after playing for him. He started his coaching career

Published by Springfield News Sun on Sep. 12, 2021.
To plant trees in memory, please visit the Sympathy Store.
MEMORIAL EVENTS
Sep
18
Memorial service
4:00p.m.
Northeastern High School
OH
Funeral services provided by:
Littleton & Rue Funeral Home
MAKE A DONATION
MEMORIES & CONDOLENCES
Sponsored by Littleton & Rue Funeral Home.
2 Entries
May your memories sustain you until you meet with Bill again. My condolences to the entire Haggy family!
Dodie Anderson
September 13, 2021
My deepest sympathy is extended to all of the Haggy family in the loss of your loved one.
Dorothy M. Neer
Friend
September 12, 2021
Showing 1 - 2 of 2 results