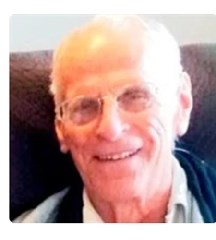 BORN
1924
DIED
2020
Donald J. Smith November 19, 1924 - October 4, 2020 Donald J. Smith age 95 of Anoka, MN formerly of Golden Valley, MN passed away on October 4, 2020 at the age of 95. Donald was born November 19, 1924 to Claude and Ruth (Selander) Smith. He lived in Denison with his parents who ran Smith Foods in the late 30's and early 40's. Donald graduated high school in 1943 and joined the Navy and served during World War II. After his service in the Navy, Donald returned to Denison and later enrolled in college at Iowa State University and then transferred to the University of Iowa. After graduating college Donald went on to Nebraska, Illinois and finally Minneapolis, Minnesota where he made his family home for 60 years. Donald was preceded in death by his wife, Pauline; brothers, Joseph and John. He is survived by daughters, Jean (Mike) Waskosky, Joan (Tom) Smith; grandchildren, Nicholas (Jeanne) Bohler and Brandon (Alyssa) Waskosky; 5 great-grandchildren, many nieces, nephews, other relatives and friends. Don embraced every day with a smile on his face. Served in WWII with the Navy Seabees. He enjoyed Lawrence Welk, other big bands, travel and spending time with his daughters and family.
To plant trees in memory, please visit our Sympathy Store.
Published by Denison Bulletin Review on Oct. 30, 2020.
MEMORIAL EVENTS
No memorial events are currently scheduled.
To offer your sympathy during this difficult time, you can now have memorial trees planted in a National Forest in memory of your loved one.
GUEST BOOK
0 Entries
Be the first to post a memory or condolences.