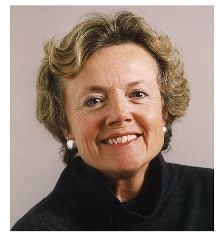 Karen Kregness Anderson September 15, 1944 - October 18, 2020 Karen Kregness Anderson was born in Denison, Iowa on September 15, 1944 to Willard and Marjorie (Bushnell) Kregness. She grew up happily, twirling baton and working summers as a lifeguard. As the second oldest of seven children, she was a much loved big sister. They stayed close, and many of them lived with Karen and husband Bob at some point in their lives. Karen graduated from Denison High School and attended the University of Iowa. After graduation she became a buyer at Neiman Marcus. She lived in Dallas, Minneapolis and Chicago before moving to Des Moines. Karen spent many years working in fundraising and development for organizations she believed in, including the Iowa Commission on Aging. She spent the last 15 years of her career as the Director of Development for Hospice of Central Iowa (now EveryStep Hospice). Her contributions to strengthening and growing this organization have been widely recognized as giving them financial security and the ability to offer their services to anyone, regardless of financial need. This was something Karen was very proud of. Karen took great joy in living life to the fullest. She was always ready to play a game, go to the farmer's market, or plan an outing. She loved the lake and was an avid fisherwoman. Later she enjoyed spending time on the river. Karen could often be found surrounded by friends. They played cards and golf, celebrated birthdays, dressed up on Halloween, traveled together, and laughed. Karen was a warm and loving personality to all those around her. Karen loved her family deeply. She married Robert Anderson on June 20, 1976. Together they raised daughter Sarah, who was the joy of Karen's life. After Bob's passing she found love again with Bryan Palmer. She was preceded in death by husband Bob and two brothers Bill and Rob. She is survived by Sarah (Anderson) Wenthold, stepchildren Carley (Anderson) Kregness and Brian Anderson, five grandchildren, partner Bryan Palmer, sisters Ann Kregness, Kitty Carstens, and Jo Hoffmeier, brother Michael Kregness, niece Callie Carstens, and many friends. Visitation for Karen was held on Thursday, October 22 from 5:00 - 7:00 pm at Dunn's Chapel, 2121 Grand Ave, Des Moines. A memorial service was held Friday, October 23 at 10:00 am at First Assembly of God Church, 2725 Merle Hay Road, Des Moines. Memorials in Karen's honor can be made to EveryStep Hospice.
To plant trees in memory, please visit our Sympathy Store.
Published by Denison Bulletin Review on Oct. 23, 2020.
MEMORIAL EVENTS
Oct
22
Visitation
5:00p.m. - 7:00p.m.
Dunn's Funeral Home
2121 Grand Ave, Des Moines, IA 50312
Oct
23
Memorial service
10:00a.m.
First Assembly of God Church
2725 Merle Hay Road, Des Moines., Iowa
Funeral services provided by:
Dunn's Funeral Home
GUEST BOOK
2 Entries
Sending my deepest sympathies. I enjoyed everything about Karen, from her warm personality, to her sense of humor and compassion to her fundraising skills. She was tops in my book! Diane Caldbeck, friend
Diane Caldbeck
October 23, 2020
I had the honor of knowing Karen as a neighbor in West Park. She was one of the most genuine and kind people I've ever had the pleasure to know. Bless her.
Robin Allen
Neighbor
October 22, 2020