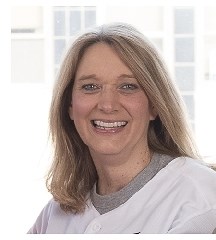 BORN
1964
DIED
2020
Lynne Marie Rihner November 15, 1964 - October 18, 2020 Lynne Marie Rihner of Denison passed away Sunday, October 18th at the age of 55 at Crawford County Memorial Hospital after a courageous 4-year battle with Stage IV breast cancer. Lynne Langel was born in Des Moines, Iowa on November 15, 1964. She attended Waukee High School where she was an All-State basketball player. Lynne attended Simpson College in Indianola, where she continued her basketball career. While attending Simpson, Lynne met Brian Rihner and the two began dating. They were married on June 6, 1987. Lynne was a tax accountant for many firms in her career, including Mahoney & Gotto in Denison for the final 15 years of her life. She was very active in Grace Evangelical Free Church in Denison, where her husband Brian is the pastor. Lynne's faith was very important to her and was a central focus in her life. Lynne's interests included spending time with family and involvement in sports. She was a diehard St. Louis Cardinals fan and always looked forward to baseball season. She greatly enjoyed attending her three children's sporting events. She loved being outdoors, especially on a warm day. In her later years, being a grandmother became one of Lynne's greatest treasures in her life. Lynne is survived by her husband Brian of Denison, her parents Denny and Jan Langel of Waukee, her son Marcus (Alyssa) of Denison, her son Kevin (Claudia) of Denison, her daughter Alyssa (Joe) of Denison, her sisters Kim (Mark) Hickl of Austin, Texas and Lori (Don) Lyons of West Des Moines, three granddaughters (Trinity, Harper, and Violet), another grandchild on the way, and many other relatives and friends. Funeral services were held 10:00 AM Friday, October 23, 2020, at Grace Evangelical Free Church in Denison, Iowa, with inurnment in the Oakland Cemetery in Denison. The Grace Church Worship Team provided the following music selections: "This I Believe," "Praise the Name," "Living Hope" and "Way Maker." The Huebner Funeral Home in Denison was in charge of arrangements.
To plant trees in memory, please visit our Sympathy Store.
Published by Denison Bulletin Review on Oct. 30, 2020.
MEMORIAL EVENTS
No memorial events are currently scheduled.
To offer your sympathy during this difficult time, you can now have memorial trees planted in a National Forest in memory of your loved one.
Funeral services provided by:
Huebner Funeral Home
GUEST BOOK
0 Entries
Be the first to post a memory or condolences.