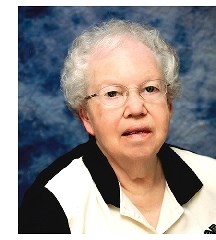 BORN
1930
DIED
2020
Marilyn Dorothy Jons March 19, 1930 - November 7, 2020 Funeral Services for 90 year old Marilyn Jons of Westside will be held 11 A.M, Saturday, November 14 at United Church in Westside with burial in the Westside Cemetery in Westside. Friends may call from 9 - 10:45 A.M., Saturday, November 14 at United Church in Westside for Marilyn and also in memory of her son, Steven Jons who passed away June 29, 2020. Marilyn passed away Saturday, November 7 at Manilla Manor in Manilla. The Huebner Funeral Home is in charge of arrangements. The family requests that those attending the visitation and services wear masks and social distancing will be observed. Marilyn Dorothy (Schroeder) Jons was born March 19, 1930, at the home of her parents, Herbert and Leona (Grimm) Schroeder, in Manning. She joined a brother, Wayne, and they were joined by a younger sister, Cleone. The family moved around a lot in the Manning and Westside areas when they were young, as Marilyn's father worked for several different farmers. Marilyn attended kindergarten and first grade in country school, went to 2nd through 8th grade in Westside, and then attended high school in Manning, graduating as the valedictorian of the Class of 1948. Marilyn was on the newspaper staff and in the Pep Club, and she has always been very proud that Manning High School won the Boys' Basketball State Championship in 1948. She had perfect attendance throughout high school. After graduation, Marilyn moved to Des Moines for one year and worked at the Veterans' Administration, and then she returned to Manning to work in the office at the Wells Dairy Creamery. Marilyn met Dale Jons at a dance at the Arcadia Legion Ballroom, and they were married at the Presbyterian Parsonage in Manning by the Rev. Harlan Kruse on October 6, 1951. They celebrated nearly 65 years of marriage when Dale passed away on July 22, 2016. Marilyn and Dale settled on the Jons family farm 1 1/2 miles north of Westside, where both Dale's grandparents and parents had farmed and Dale had been born in 1930. One of their most proud moments was when they received their Century Farm award at the State Fair in 2006. They remained on the farm until January 3, 2014, when they moved to the Manilla Manor. Marilyn was a devoted housewife and a caring mother and grandmother. She loved having the grandkids over for slumber parties (sometimes several days at a time), and they played many games of "Sorry" and "Happy Days." They especially loved her waffles, French toast, scotcharoos, chocolate chip cookies, porcupine meatballs, and macaroni and cheese! Marilyn was an active member of the United Church Westside, where she had been church financial secretary and was a member of the women's group. She was also a member of the Westside Cemetery Association for many years. Marilyn's hobbies over the years included vegetable and flower gardening, journaling all the important happenings of every day, attending Ar-We-Va sporting events and other activities, watching the Game Show Network, working on word searches and crosswords, and playing 500 Rummy, Crazy 8's and King's Corners. Andy Williams and Donna Reed were among her favorites! Listening to the "Polka Party" on KDSN was a daily activity, and every Saturday night's schedule included watching "Lawrence Welk" and "Mollie B's Polka Party." She was an avid fan of the Chicago Cubs and the Iowa Hawkeyes. In addition to her parents, Marilyn was preceded in death by her husband Dale; son Steven Jons on June 29, 2020; son-in-law Davey Kock in 2012; brother, Wayne Schroeder; sister and brother-in-law Cleone & Freddie Podey; her parents-in-law, Henry & Martha Jons; Dale's siblings and their spouses: Luella & Orvill Nobiling, Melvin & Opal Jons, Norma & Ivan Frahm, Edna in infancy, and Elsie & Vernon Rickers. Marilyn is survived by three children, six grandchildren and their spouses and 10 great-grandchildren - daughter Barb and her husband Pat Wuestewald of Manilla and their children: Adam and his wife Stephanie of Norwalk and sons Austin, Brady and Carson; Meghan and her husband Jeff Wilson of Elkhorn, Neb., and their daughters Chloe and Julia; and Molly and her husband Derrick Bradstreet of Eudora, Kan., and their sons Colt and Coy; daughter Janine Kock of Westside and her children: Kellsey and her husband Wade Morrison of West Des Moines, and their daughter Isabella; Kendra and her husband Trent Fredericksen of Bennington, Neb., and sons Samuel and Benjamin, and Jared and his wife Kenzie of Arcadia; and daughter Doreen and her husband Nicholas Hansen of Westside; sister-in-law: Lila Schroeder of Manning; as well as several nieces, nephews, other relatives, and many friends. The family respectfully requests masks be worn and social distancing be observed by those attending the events. Live streaming will be available at 11:00 a.m. on Saturday, November 14, 2020 at the "Huebner Funeral Home" facebook page: https://www.facebook.com/huebnerfuneralhome/
To plant trees in memory, please visit our Sympathy Store.
Published by Denison Bulletin Review on Nov. 13, 2020.
MEMORIAL EVENTS
Nov
14
Calling hours
9:00a.m. - 10:45a.m.
United Church
, Westside, Iowa
Nov
14
Funeral service
11:00a.m.
United Church
, Westside, Iowa
Funeral services provided by:
Huebner Funeral Home
GUEST BOOK
0 Entries
Be the first to post a memory or condolences.