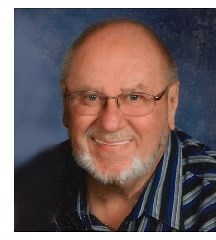 BORN
1947
DIED
2020
Paul Edward Briggle, Jr October 26, 1947 - November 12, 2020 Paul Edward Briggle, Jr. was born October 26, 1947 to Paul, Sr. and Norma (Rix) Briggle in Ricketts, Iowa. He was also known around town as Paul Edward, Sonny Boy and Little Edward. He was baptized at St. Paul Lutheran Church and confirmed at St. Luke's Lutheran Church in Ricketts. Paul graduated from Schleswig High School with the class of 1966. After graduation, Paul enlisted into the United States Army on May 3, 1967. He served his country during the Vietnam War and received the following medals: National Defense Service Medal, Purple Heart, Vietnam Service Medal with two Bronze Service Stars, Combat Infantryman Badge, Vietnam Campaign Medal, Good Conduct Medal, Sharpshooter Badge with Rifle Bar and Marksman Badge with Rifle Bar. He received the rank of Sgt and served a total of two years and eleven months and was honorably discharged on April 10, 1970 due to being wounded in combat. He was a patient at Fitzsimmons Hospital for eleven months and spent another year in rehab in Denver, Colorado. Paul was united in marriage to Carol Harm at St. Luke's Lutheran Church in Ricketts. To this union, three children were born: Todd, Amy and Carmen. They made their home in Ricketts. After returning home from the Army, Paul worked for Miller Trucking for a short time before becoming an independent driver. He owned and operated the Phillips 66 Gas Station in Ricketts for many years. He was the foreman at Dubuque Packing Plant in Denison, janitor at the Schleswig Community Schools for eight years where he was loved by all. He retired from the Crawford County Secondary Road crew in 2013. On September 16, 1994, Paul was united in marriage to Drene "Tina" Schneider at St. Luke's Lutheran Church in Ricketts. The Ricketts bowling alley was a favorite gathering place for him and his friends. He also loved hunting with his friends. Paul enjoyed making candy and sharing it with his fellow coworkers at the county shed. He was devoted to his family and was a great caregiver. Paul loved taking his grandchildren fishing and sitting on the porch. Always an avid supporter of his grandchildren's activities, there was no better cheerleader than Grandpa Briggle. He was very thankful for his grandchildren's help mowing the yards around the Ricketts community. Paul was a one-of-a-kind man who's smile and humor would light up the room. Paul passed away Thursday, November 12, 2020 at Crawford County Memorial Hospital attaining the age of seventy-three years and seventeen days. In addition to his parents, he was preceded in death by his grandson, Cole Schneider; sister-in-law, Maureen and her husband Larry Petersen. He is survived by his wife, Drene "Tina" Briggle of Ricketts; children, Todd Briggle and his wife Christine of Schleswig, Amy and her husband Keith Christie of Council Bluffs, Iowa, Carmen Orme of Glenwood, Iowa; step-children, Eric Schneider and his wife Renae of Schleswig, Jake Schneider and his wife Tiffany of Schleswig; 15 grandchildren; brothers-in-law, Ron Gloede and his wife Judy of Huxley, Iowa, Roger Gloede and his wife Tracy of McCook Lake, South Dakota, Allen Gloede of Mapleton, Iowa, Randy Gloede of Omaha, Nebraska; sisters-in-law, Kathleen and her husband Irv Schau of Cedar Rapids, Iowa, Pam and her husband Tony Tripp of Charter Oak, Tami Baak of Shorewood, Wisconsin; a host of other relatives and friends. Private family memorial service is Saturday, November 21, 2020 at St. Paul Lutheran Church in Hanover Township - Charter Oak, Iowa. Inurnment with Military Honors at Immanuel Lutheran Cemetery in Soldier Township - Charter Oak. Memorials may be directed to the family.
To plant trees in memory, please visit our Sympathy Store.
Published by Denison Bulletin Review on Nov. 27, 2020.
MEMORIAL EVENTS
No memorial events are currently scheduled.
To offer your sympathy during this difficult time, you can now have memorial trees planted in a National Forest in memory of your loved one.
Funeral services provided by:
Huebner Funeral Home
GUEST BOOK
0 Entries
Be the first to post a memory or condolences.