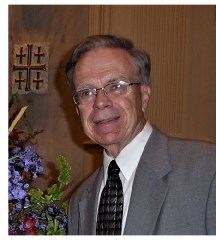 BORN
1950
DIED
2020
Randall "Randy" Joseph Smith May 27, 1950 - November 26, 2020 Randall "Randy" Joseph Smith of Atlanta, Ga. passed away on November 26, 2020 from Lewy Body Dementia. Randy grew up in Lansing, MI, attended Union H.S. in New Jersey and earned a Marketing degree at Central Connecticut State College. Worked 37 years in the paint business with Sanders Paint, Porter Paint, DeVoe & Raynolds, ICI Dulux & Benjamin Moore Paints as an architectural rep covering five southern states. He was a past president of the Atlanta chapter of the Construction Specifications Institute (CSI). He was an active member of Glenn Memorial United Methodist Church in Decatur, Ga. He was a past president of the Hillsdale Neighborhood Assoc in Brookhaven and a past president of the Druid Hills Lions Club, where he remained an active member for 37 years, receiving the Melvin Jones Fellowship Award for his years of humanitarian service. Randy wrote "The First Paintmaker' on the history of DeVoe Paint Co. from 1754 - 2004. His hobbies were coin collecting and building miniature houses for his American Flyer train that are displayed in Dow City, Iowa, which is where he will be buried next to his parents June & Robert Coleman Smith, grandparents Joseph & Marie Coleman Smith and great-grandparents Charlie & Kate Ahart Smith. In his final years he lived at Philips Tower in Decatur & assisted living at The Orchard-Brookhaven. Randy is survived by his daughter Lauren (son-in-law, Christophe) & granddaughters, Mathilde & Adelaide. He is also survived by his sister Andrea (nephew Andrew), brothers Evan (sister-in-law Diane, nephews Brett and Ryan) and Brian (sister-in-law Candy, niece and nephew Katie and Nathan), as well as his former wife of 36 years Ann Barnard who was by his side until the end. He was preceded in death by his parents, Robert Coleman Smith and June Walter Smith, and son Darrell Bryant (1970-1988). In lieu of flowers, donations can be made to the Darrell Bryant Music Fund at Glenn Memorial United Methodist Church in his memory. The family wishes to thank the staff of The Orchard, Agape Hospice Care, as well as Dr. Ed Trizzino and Mike and Linda Nelson for their support and special friendship. Condolences can be sent to https://www.asturner.com/obituaries/Randall-Joseph-Smith?obId=19091684#/obituaryInfo
To plant trees in memory, please visit our Sympathy Store.
Published by Denison Bulletin Review on Dec. 1, 2020.
MEMORIAL EVENTS
No memorial events are currently scheduled.
To offer your sympathy during this difficult time, you can now have memorial trees planted in a National Forest in memory of your loved one.
Funeral services provided by:
A. S. Turner & Sons
GUEST BOOK
0 Entries
Be the first to post a memory or condolences.