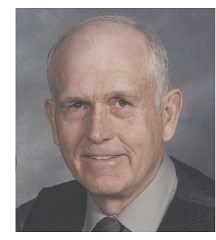 BORN
1935
DIED
2020
Robert John Heimerman September 15, 1935 - October 20, 2020 Robert John Heimerman, son of John and Mabel (Kelley) Heimerman, was born on September 15, 1935, in Harlan, Iowa. He attended St. Mary of The Assumption School in Panama, Iowa, and graduated from Harlan High School in 1954. Through the years, Robert was employed as a mechanic at E.M. Christensen Motors and Miller Motors, and most recently, Harlan Automart. He had also worked as a funeral service assistant and general caretaker for Burmeister-Johannsen Funeral Home, Inc. On April 1, 1967, Robert married Judith "Judy" Anne Gilmore in Onawa, Iowa. The couple lived south of Defiance, Iowa, where Robert raised hogs and cattle; they later made their home in Harlan. Robert was a member of St. Michael's Catholic Church in Harlan, Iowa. He and Judy enjoyed square dancing and listening to country music. An Iowa State fan, Robert enjoyed watching football, basketball, and baseball, in addition to NASCAR and AWA, WCW, and WWE wrestling. In addition, he liked gardening and spending time with his family, cats, and Airedale Terrier dogs. Robert J. Heimerman died on Tuesday, October 20, 2020, at Elm Crest Retirement Community in Harlan, Iowa. He had reached the age of 85 years, 1 month, and 5 days. Robert was preceded in death by his parents, and one brother, Elmer Heimerman. He is survived by his wife of 53 years, Judy Heimerman of Harlan, Iowa; two sons, Roger Heimerman of Amherst, Massachusetts, and Randy Heimerman of Ankeny, Iowa; three grandchildren, Ben Heimerman, Lauren Heimerman, and Libby Heimerman, all of Ankeny, Iowa; and other relatives and friends. At Robert's request, no services were held. Memorials may be made to the American Cancer Society. The Burmeister-Johannsen Funeral Home, Inc. in Harlan, Iowa, was in charge of the arrangements. Condolences may be left online at www.burmeisterjohannsen.com.
To plant trees in memory, please visit our Sympathy Store.
Published by Denison Bulletin Review on Oct. 23, 2020.
MEMORIAL EVENTS
No memorial events are currently scheduled.
To offer your sympathy during this difficult time, you can now have memorial trees planted in a National Forest in memory of your loved one.
Funeral services provided by:
Burmeister-Johannsen Funeral Home
GUEST BOOK
2 Entries
So sorry for your loss. Your dad was a great guy. I have many fond memories of you boys and parents. God bless. Karen Kenkel Hildreth
Karen Hildreth
October 25, 2020
We are so sorry to hear of this loss for your family. I am happy I was able to speak with him at my mom's service last year. I really enjoyed our time together. We will keep you in our prayers.
Wes and Kathy Kelley
October 22, 2020