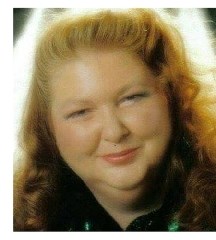 BORN
1946
DIED
2020
Victoria Ballantine September 11, 1946 - November 20, 2020 Victoria Ballantine was born September 11, 1946 in Iowa City, Iowa to Carl Bell and Ruby Butterbaugh. Victoria attended school in Iowa City where she would graduate. She married William Jackson in 1967. They later on got divorced. Victoria worked at the Denison newspaper for one and a half years. She enjoyed to read books and read over 17,000 books. Her favorite books were romance novels. Author Harla Quinn made a lot of money off of her. She always had money for books. She married John Ballantine on August 11, 1992 at Denison Baptist Church in Denison, Iowa. She loved to fish, crochet, talk about family history, play games on the computer, and road trips with family. Victoria and her family traveled to Bay City, Michigan. She spent 12 years at Eventide in Denison, Iowa in the Alzheimer unit. Victoria Ballantine passed away on November 20, 2020 at the age of seventy-three years two months and nine days. She is preceded in death by her parents. She is survived by her husband John Ballantine of Arion, IA; her children Marty Jackson of Iowa City, IA; Tammy Jackson of Spencer, IA; Robert Jackson of Arion, IA; Tony (Sarah) Jackson of Omaha, NE; her step-children Tom (Cindy) Ballantine of Greensburg, NC; Sarah Ballantine of Flandreau, SD; her many grandchildren and great grandchildren; her siblings Patti (Ralph) Rammelsberg of Keota, IA; Harold Schuman of Sioux City, IA; Joesph (April) Schuman of Templeton, IA; her step-father Kevin Schuman of Manning, IA; her many nieces and nephews. A 2:00PM memorial service was held at Denison Baptist/Journey Church in Denison, Iowa on November 28, 2020 for Victoria Ballantine. The officiant for the service was Mark Wallace. Robert Jackson served as a Honorary Urn Bear for the service. The inurnment was held at the Dow City Cemetery in Dow City, Iowa. Pauley Jones Pfannebecker Funeral Home was in charge of the services.
To plant trees in memory, please visit our Sympathy Store.
Published by Denison Bulletin Review on Dec. 1, 2020.
MEMORIAL EVENTS
No memorial events are currently scheduled.
To offer your sympathy during this difficult time, you can now have memorial trees planted in a National Forest in memory of your loved one.
Funeral services provided by:
Pauley Jones Funeral Homes
GUEST BOOK
0 Entries
Be the first to post a memory or condolences.