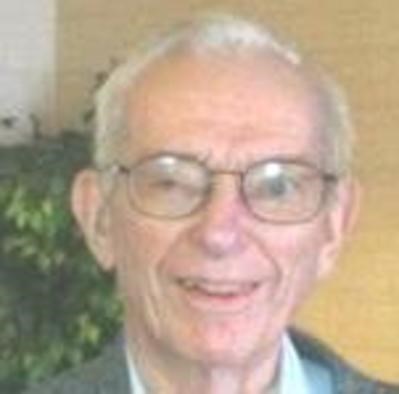 Wilmington, DE - Brig. Gen. Donn Devine, of Wilmington, age 90, died May 5, 2019 at his home from lung cancer after successfully coping with earlier cancers, cardiac problems, and with multiple sclerosis for more than 35 years.

Surviving are his wife of 67 years, Elizabeth (Betty) Baldwin Devine, their daughter Mary Elizabeth, son Col. Martin J., retired, and wife Kelly, all of Wilmington, and four grandsons—Joseph, and wife Jordan, of Paris, Ark.; Capt. Patrick, Fort Bragg, N.C,; and Cadets Seán and Michael Devine, West Point, N.Y. He was predeceased by his son Edward, and by his sister Doris Devine Durfey of Houston, Texas.

A 1946 graduate of Archmere Academy, he received a B.S. degree from the University of Delaware and a J.D, from Delaware Law School in 1975, a distinguished graduate of its first graduating class. His civilian career has included journalism, urban planning, law, genealogy and archives, He retired in 1985 as Wilmington's director of planning, and in 1984 from the Delaware Army National Guard as a brigadier general. More recently, he had been of counsel in the City of Wilmington Law Department, serving as senior legal adviser, and was the part-time archivist for the Catholic Diocese of Wilmington. In 2006 he was inducted into the Equestrian Order of the Holy Sepulchre, an order of knighthood under papal protection, and in 2011 was promoted to knight commander.

As Wilmington's planning director, he initiated the planning for Wilmington's largely abandoned waterfronts, resulting in the 1981 Pilot Plan for Wilmington's In-town Riverfronts. Building on the 1967 Pilot Plan for Downtown Development, it extended the two downtown core areas designated for intensive development to include Market Street's two river crossings and proposed mixed-use development along the rest of the urban waterfront. Adoption of the plan and of the innovative performance-based waterfront zoning regulations proposed in the plan set the stage for development of the Brandywine and Christina Gateway areas as well as for the extensive new development along the Christina riverfront.

A member of the American Institute of Certified Planners, in 2002 he was honored by the Delaware Chapter of the American Planning Association as the first recipient of its Peter A. Larson Memorial Award, for distinguished contributions to public planning in Delaware.

Following his retirement as planning director, he practiced law in Wilmington, and was also the part-time senior legislative assistant to the Wilmington City Council.

As court-appointed counsel for mentally ill patients facing involuntarily commitment to the state psychiatric hospital, he pioneered the use of court-ordered involuntary out-patient treatment as a less restrictive alternative and saw development of a state-funded system to assure adequate out-patient treatment under court order.

His part-time military career began in 1950 when he enlisted in the U.S. Army Reserve as a private first class Finance Corps clerk, rising to sergeant by 1954 when he was commissioned a 2nd lieutenant, Artillery, in the Delaware Army National Guard. He served as the state public affairs officer until 1970 and, as a captain, commanded the state's 101st Public Affairs Detachment, except for a one-year stint, 1963-1964, when he commanded New Castle's Battery D, 1st Battalion, 198th Artillery, armed with 16 M-42 self-propelled twin 40-mm automatic weapons, each with tank-like full treads. Following the Guard's 1970 Delaware conversion to a principal mission of communications, he transferred to Signal Corps, and as a major and lieutenant colonel served for ten years in the Guard's 261st Signal Command (Theatre Army) as secretary of the general staff and then as deputy chief of staff (a position held by his son in the unit a generation later when it deployed to Iraq, 2008-2009). From 1981 to 1984 as a colonel in the state's Army National Guard headquarters, he was the inspector general, dealing extensively with problems of racial and gender discrimination. He retired in 1984 with the state rank of brigadier general and the federal Meritorious Service Medal. He was later awarded the U.S. Army Signal Regimental Association's Silver Wahatchee Medal and was honored when the state's 2014 Army training site at Bethany Beach was named for him.

From 1994 to 2002 he served on the board of the National Genealogical Society and continued to chair its standards committee for some years after. He was elected a Fellow of the society (FNGS) in 2016. He has also served on the board of the Genealogical Society of Pennsylvania from 2008 to 2018, where he was recognized by the award of honorary membership.

He was president of the Catholic Interracial Council of Wilmington during the height of its activity during the civil rights movement of the 1960s, represented it on the Fair Practices Committee, which coordinated civil rights activities in the Wilmington area, and with other Council members participated in the Rev. Martin Luther King's civil rights marches in Washington, D.C., and Selma to Montgomery, Ala. During the same period, he was president of the parish council at St. Mary of the Immaculate Conception Church in Wilmington, where five generations of his family have worshipped, and helped develop its shared relationship with St. Patrick's parish under a single pastor.

From 1979 to 1990 he represented the Catholic Diocese of Wilmington on the administrative board of the Delmarva Ecumenical Agency (later the Christian Council of Delaware and Maryland's Eastern Shore), of which he was also treasurer. From 1989 to 2016 he was the archivist of the Diocese of Wilmington.

General Devine was a graduate of the U.S. Army Command and General Staff College, where he also qualified as a nuclear weapons employment officer.

Before his career in planning, he worked briefly as a development chemist, and then as a reporter and editor for the former Wilmington Sunday Star and the Philadelphia Bulletin, and as a publications editor at Atlas Powder Company, since merged into Astra-Zeneca, where he won a national award for the employee information program that supported the company's 1955 move from offices in downtown Wilmington to its then-innovative suburban site at Fairfax in Brandywine Hundred.

His lifelong interest in history was reflected in numerous published articles and several books, and most recently by his service on the board of directors of the Delaware Military Heritage and Education Foundation, which recently opened the Delaware Military museum. His original research into the early history of the Delaware National Guard led to official recognition of Delaware's 198th Signal Battalion as the lineal descendant of the Delaware Continental Regiment in the Revolutionary War, entitling it to display over 20 battle and campaign streamers for participation in the nation's wars over more than two centuries.

A Mass of Christian Burial will be celebrated at St. Joseph's on the Brandywine Church, 10 Old Church Rd. at 10:30 a.m. on Friday, May 17, 2019, where friends may call after 9:30 a.m. Burial will be in Cathedral Cemetery. The family suggests memorial gifts to a charity of the giver's choice, rather than flowers. To send condolences, visit: www.dohertyfh.com 302 999 8277


To plant trees in memory, please visit our Sympathy Store.
Published by The News Journal from May 12 to May 15, 2019.
MEMORIAL EVENTS
May
17
Calling hours
9:30a.m.
, DE
May
17
Mass of Christian Burial
10:30a.m.
St. Joseph's on the Brandywine Church
10 Old Church Rd., DE
MAKE A DONATION
MEMORIES & CONDOLENCES
12 Entries
To the Devine family from the Ministry of Caring family': May your wonderful memories of family times and of his life of service to others bring you comfort and may God's love give you peace. We are grateful for General Devine's caring for the poorest among us.
Br. Ronald Giannone, OFM Cap.
May 15, 2019
Mary Beth, My condolences go out to you and your family. May Gods grace comfort your in the time of loss.
Tina Wiggins
May 14, 2019
Please accept my sympathy for your loss. Job. 5:28&29. Sincerely
R L
May 14, 2019
We have all lost a great man......May Peace be with you Donn and Family....
ed pankowski
May 14, 2019
My sincerest condolences to the Devine Family for the loss of your loved one, Donn, and pray you find comfort in Psalms 91:2.
JKH/JW
May 13, 2019
My sympathy goes to the Family during this time of grief. A life well lived, as your father had, will surely be missed by many. As your days and weeks pass, and you return to life's routine, may you continue to feel comforted by the love and support of family and friends and know that God is near when our hearts are broken.
DR
May 13, 2019
Marybeth,
I am very sorry for the loss of your Dad. He was truly a giving and amazing man.
Sincerely,
Rosanne Samluk Brandau
May 12, 2019
Dear Mary Elizabeth, I remember you and your dad coming to my home when I was young. My name was Peggy Campbell and I knew you from Ursuline Academy. You brought me a red leather jewelry box as a gift. I have always remembered that visit and you and your dad. I extend great sympathy to you and yours.
Margaret Alderson
May 12, 2019
Donn Devine was a unique, extraordinary, gifted man, friend and neighbor. G-d bless you in Heaven, General. Blessings on all the Devine family. Love and respect, Joanne and Rich Silva.
Joanne Silva
May 12, 2019
MaryBeth and family, thank you for sharing this about Donn-husband, father, and statesman; and an example to us all. It was such a privilege to know this gentle man for so many years. You should have loving and meaningful memories of him-and lots of books. Love Beth and Kristina
B Duncan MD
May 12, 2019
Be Thou at Peace
Stephan Murphy
Acquaintance
May 11, 2019
Stephan Murphy
May 11, 2019
Showing 1 - 12 of 12 results