Bruce was born on July 30, 1954, in Wilmington, DE, to the late John and Emma (Blackwell) Williams. Bruce was a 1972 graduate of Mount Pleasant High School.

He began his career at the Post Office in 1977, where he became the Number 1 Mail-Handler in the state of Delaware.

In addition to his parents, he is predeceased by his brother, Bobby; sister and brother-in-law, Judy and Lenny Harris; his niece, Becky; nephew, Rob; and son-in-law, Andrew Gallagher.

Bruce was the definition of a Patriarch; family was everything to him. He worked tirelessly to provide for his family, so they wanted for nothing. When tragedy or hardship struck, as it often did in our family, Bruce rose to the occasion every time, without hesitation. Regardless of the circumstance, he selflessly concealed his own pain and inconveniences, with grace, humility, and most importantly, his "trademark" yell, to fill the voids of those around him. His greatest and most rewarding "fill-in" role was when he took in his two oldest granddaughters, Lexie and Kaleigh Gallagher, at a very young age, and raised (and spoiled) them as his own.

Bruce was strong-willed, hard-working, determined, passionate, and GROUCHY. He lived life to the fullest, and took care of all who crossed his path. He loved the outdoors; golfing (he was the next Tiger Woods, if it wasn't for those knees), fishing, and yearly beach vacations to Broadkill. He enjoyed a great meal, and treating others to the finest dinners; he loved to attend plays on Broadway with his wife. He was an avid reader, and a huge fan of sports and Rock-n-Roll. The only person that knew more than him was his guru, Howard Stern.

There will be a celebration of life, after the pandemic. 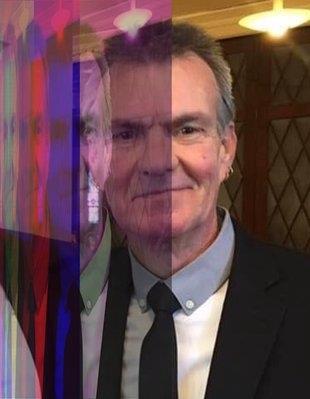 Published by The News Journal from Apr. 18 to Apr. 20, 2020.
To plant trees in memory, please visit the Sympathy Store.
MEMORIAL EVENTS
To offer your sympathy during this difficult time, you can now have memorial trees planted in a National Forest in memory of your loved one.
MAKE A DONATION
MEMORIES & CONDOLENCES
11 Entries
Just happened to find out from the Mount Pleasant HS facebook page. Bruce was one of my best friends going back to Edgemoor Elementary. We had so many good times and adventures. I spent many years away from Wilmington but was happy to see Bruce again a number of times at the Edgemoor Post Office. I will never forget Bruce. He was a great friend!
Tim Hines
Friend
August 15, 2020
Miki, I am so sorry to hear about the loss of your dear Bruce. I am thankful that you have your strong faith to carry you through this.
Bess Leigh Booze
April 26, 2020
Praise JESUS for Bruce!
Debi, Donna & my groupee!
Prayers to the family, love, jill Huber Swagler
April 26, 2020
Dearest Miki, I am sorry for your loss. My sincerest sympathy and condolences to you. Keeping you in my prayers

With Love
Fame Mamlew
April 22, 2020
BRUCE AND FAMILY-RETIRED POSTAL WORKERS SEND VERY SINCERE CONDOLENCES TO FAMILY AND FRIENDS. ENJOYED WORKING W/ YOU-WE HAD FUN AND DID GOOD JOB...RIP BROTHER.
April 20, 2020
you will be missed you are with all of your family and friends rest in peace miki will be ok ,
janet holleran
April 20, 2020
I first met Bruce at Edgemore elementary school. I liked Bruce because we played sports on the playground and he was a friendly guy ! We ended up hanging out with different people in high school But we always talked when we saw each other in the hallway or a party. The last time I saw Bruce was at the Harry's steakhouse class reunion.. he looked great , I was always jealous of his cool hair !! , and he bought me a beer. I should've contacted him after the reunion but life moves so fast. Too fast. I hope Bruce meets my son in the after life , They will enjoy being with each other. Take care Bruce !!
Garry Ashby
April 19, 2020
My family and I are deeply sorry for the loss of Bruce. My best friend Hutch, God rest his soul, and I had some great times with Bruce and Dennis.
Kevin Kelley
Friend
April 19, 2020
In high school, I don't think there was ever a time I saw Bruce and he wasn't smiling. He seemed to be a great friend to everyone and my heart grew heavy when I learned of his passing. RIP buddy
Steve
Classmate
April 19, 2020
It's New York Bob I will miss seeing Bruce Every day on the south dock 1 o'clock he was always there unload my truck mail came straight Outta Jersey New York Bob
Robert Crawford
April 19, 2020
So much I could say about what a great guy Bruce was but everyone already knew it. May he Rest In Peace
Alana
Friend
April 19, 2020
Showing 1 - 11 of 11 results