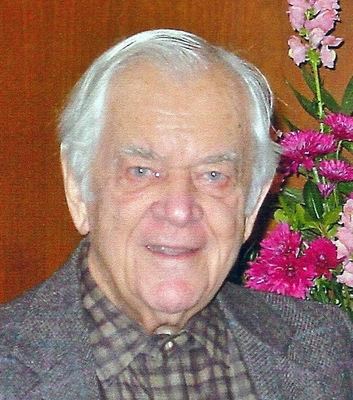 Wilmington - Donald P. Whiteley, age 91 of Wilmington, DE passed away October 10, 2018 at home with his wife by his side from complications of pancreatic cancer.

Don was born in Yardville Heights, NJ to the late Clifford J. and Verna Whiteley. He attended Hamiliton High School, NJ and Lafayette College, PA and received a Master's degree from Temple University. He worked as an industrial psychologist for Atlas Chemical Company, Fairfax, DE for 30 years, retiring in 1999 from ICI America and received retirement benefits from AstraZeneca. Don took a leave of absence from ICI to serve the State of Delaware as Secretary of Labor under Gov. "Pete" duPont.

In retirement Don was an active volunteer at Longwood Gardens, Hagley Museum, People to People, and several professional and amateur theatre groups. He attended and taught classes at Osher Lifelong Learning Institute of U of D. Don was a passionate traveler, having visited at least 90 countries on all seven continents as well as Antarctica.

Don was predeceased by his parents, brother Harold Whiteley and grandson, Sean Comeaux. He is survived by his wife of 32 years, Loretta (Johnston) Whiteley; his daughters, Susan Whiteley Fuller of Voorheesville, NY and Carole Comeaux, of West Monroe, LA; a stepdaughter, Keren Neber Dooley (Jonathan) of Chipita Park, CO; step-grandchildren, Sierra and Jefferson Dooley; and his brother, Roger Whiteley (Marilyn) of Hellertown, PA.

Don's family would like to thank his doctors at the Helen Graham Cancer Center and the compassionate caregivers at Seasons Hospice, especially Jennifer, Paula, Savannah and Tenisha.

In lieu of flowers donations may be made to First Unitarian Church or the Delaware Humane Association, 701 A Street, Wilmington, DE 19801 or to a charity of your choice


Published by The News Journal from Oct. 21 to Oct. 28, 2018.
To plant trees in memory, please visit the Sympathy Store.
MEMORIAL EVENTS
Oct
21
Visitation
10:00a.m. - 11:00a.m.
First Unitarian Church
730 Halstead Road, Wilmington, DE
Nov
3
Celebration of Life
11:00a.m.
First Unitarian Church
730 Halstead Road, Wilmington, DE
MAKE A DONATION
Please consider a donation as requested by the family.
MEMORIES & CONDOLENCES
9 Entries
Miss seeing Don at People to People Delaware and at Osher Lifelong Learning Institute at the University of Delaware
Jean Raleigh
October 13, 2019
Don was a valuable member of People to People Delaware for many years. He was admired for service to others and his love of meeting people around the world. We will miss Don!
Jean Raleigh
October 31, 2018
Loretta,

Don worked for me for several years at ICI. While I can't say he was always the easiest person to supervise, I always appreciated his intellect and willingness to dig in to any assignment. But what I will always remember most about Don was his incredible talent as a photographer. I remember visiting his darkroom when he was taking black and white photos for the United Way campaign, and I was in awe at his photos of Papua New Guinea.

Bob Marceluk
Bob Marceluk
October 30, 2018
Condolences on loss of such a wonderful man.
Don was very active when I first joined People to People DE board and he gave us much insight and inspiration. Sure he will be missed by many.
Jeanne Swartz, Wilmington
October 29, 2018
My sincerest condolences to the Whiteley Family in the loss of your loved one, Donald, and pray you find comfort in Psalms 91:2.
October 24, 2018
Please accept my heartfelt condolences on the death of your dear love one may God give you strength to endure this most difficult time please read John 6:40
October 20, 2018
Please accept my deepest condolences, may the God of tender mercy comfort all who loved and cared for Donald.
Neighbor
October 20, 2018
Please accept my heartfelt condolences for your loss at this difficult time. May you find a measure of comfort at Matthew 5:4 in the days ahead.
October 18, 2018
I've known Don for many years through our involvement as Board members of the Delaware Chapter of People to People. Although I lost contact more recently because of my own personal situation, I shall still miss the long talks we used to have on various topics of life.
Lorrie Przywara
Friend
October 18, 2018
Showing 1 - 9 of 9 results