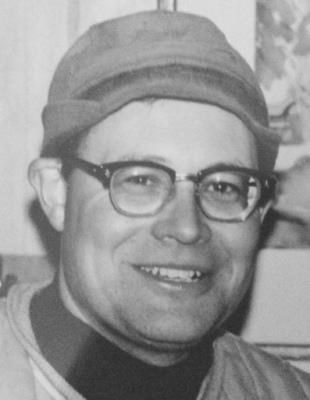 Greenville - Franklin Edward Mumford, 92, passed away at his home on December 17, 2018. He was born to Milham and Anna Matson Mumford in Howard, South Dakota. Following graduation from the University of South Dakota, he continued his education at the University of Illinois where he earned a doctoral degree in chemistry and was a member of the honorary chemical society, Phi Lambda Upsilon. Upon graduation, Franklin and Aileen Kelly married on June 23, 1951. After their honeymoon, they relocated to Wilmington, Delaware, where Franklin was a career Chemist and Manager with DuPont at the Experimental Station in Central Research.

Franklin had diverse interests and talents, was gifted with a sense of humor, and was a source of confident reassurance to those around him. An avid and accomplished outdoorsman, he devoted considerable time hunting waterfowl and fishing with friends and family which resulted in many memorable outings and adventures. He found satisfaction planning family vacations that included visiting relatives, skiing, camping, and going to the beach.

Franklin was a member of Immanuel Church Highlands. A memorial service and celebration of life will be planned at a future date. Condolences may be sent online through mccreryandharra.com.


Published by The News Journal from Dec. 30, 2018 to Jan. 6, 2019.
To plant trees in memory, please visit the Sympathy Store.
MEMORIAL EVENTS
To offer your sympathy during this difficult time, you can now have memorial trees planted in a National Forest in memory of your loved one.
MAKE A DONATION
MEMORIES & CONDOLENCES
3 Entries
We only knew Franklin a relatively brief time in his long wonderful life as we were honored to be his next door neighbor to he and Aileen. They were great gardeners and even better neighbors. We and the Valmy Association will miss his calm leadership and wisdom. We will most miss his familiar figure riding around on his green John Deere tractor caring for his yard and gardens. Anthony and Pam
January 3, 2019
My sincerest condolences to the family hope you find comfort through prayer 1Thessalonians 5:17
December 31, 2018
Great man !!! and wonderful Manager @ Dupont. I had the pleasure of working with Frank , what an incredible person to have as a Mentor. I also had the opportunity to spend quality time with Frank fishing & hunting outside of work. Frank will be sorely missed. My deepest sympathies to all of his extended family.
Chic Stearrett
December 30, 2018
Showing 1 - 3 of 3 results