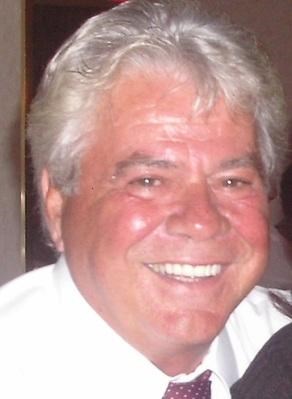 Joey passed away Monday, December 2, 2013, in the company of his loving family and friends after a valiant fight against Lung Cancer. He was the husband of Patty (Capodanno). Together they shared many happy years of marriage, laughter and friendship.

He was born in Wilmington on June 4, 1944, son of the late Joseph Sr. and Martha (Cofrancesco). He graduated in 1962 from Wilmington High. Joey was employed by Delmarva Power serving in the Gas Construction & Maintenance Department for over 34 years. He started as a service technician and member of the IBEW 1238. He later was promoted to Field Supervisor and retired in 1999. A life member of the Pulaski Legion, Prince of Piedmont and St. Anthony Social Club among others, he enjoyed playing in their softball, bowling, golf and shuffleboard leagues sharing good times and a drink or two with many friends that loved him. Everyone that spent time with him has a "Joey Kaye story" and say he made life interesting and fun. He will not be easily forgotten. Joe enjoyed attending classic car shows with his '56 & '57 Chevys. He was an avid golfer who loved to play as often as possible. During his battle with cancer he said he was concerned and worried. When asked what his concern was he answered, "my short game." He was a devoted fan of Philadelphia sports teams, loyal to the Phillies and Eagles since childhood. He loved being on the water boating, fishing and crabbing. His happiest times were spent with his family and friends, especially his grandson Vinny.

Pre-deceased by sister Martha, he is survived by wife Patty, his three children and their families, son Joseph, III of New Castle, son Steven and wife Kristin and grandson Vinny of Bear, daughter Michele and husband Rory O'Brien of New York City, his two brothers and their families, Tommy and Maria of Wilmington, and John and partner Robert Perosi of Staten Island, brother-in-law Tom Capodanno, sister-in-law Johann Capodanno, and many beloved Nieces, Nephews, Cousins and their families. All of whom loved Joey and will miss him very much.

Visitation will take place at the CHARLES P. ARCARO FUNERAL HOME, 2309 Lancaster Ave. in Wilmington, on Thursday evening, December 5 from 6-8PM and again on Friday morning, December 6 from 10-10:30am. A Mass of Christian Burial will be celebrated at St. Thomas the Apostle Church, 4th and Bancroft in Wilmington, on Friday morning at 11AM. Burial will follow in Cathedral Cemetery.


To plant trees in memory, please visit our Sympathy Store.
Published by The News Journal from Dec. 4 to Dec. 5, 2013.
MEMORIAL EVENTS
No memorial events are currently scheduled.
To offer your sympathy during this difficult time, you can now have memorial trees planted in a National Forest in memory of your loved one.
Funeral services provided by:
Charles P. Arcaro Funeral Home - Wilmington
MEMORIES & CONDOLENCES
13 Entries
Rest in peace my "old friend"
PAT to you, your family & brother-in-law Tommy my "deepest sympathy"
Anthony & Carol Bocchini, Boynton Beach,FL.
December 8, 2013
Great friend for the last 50 years. We had some great times together. I'm going to miss my little buddy. Rest in peace.
Dick Stafford
Dick Stafford
December 5, 2013
I will always remember as I left him I said, "Love you Joe." He said, "Love, you, too, Jo." He had that nice smile on his face. This is how I will always remember him and his words last
words to me.

Patty's sister, Johann xoxoxo
Johann Capodanno
December 5, 2013
My wife and I are very sad to learn the death of your husband Joey. I hope you are able to find solace in the fact that you have a beautiful family. I still can remember your sons, Steven and Joey coming over and playing with our son Brian in Oak Run. Pat, we wish you find happiness.
Barbara and Frank McCormack
December 5, 2013
During This sad time, please lean on the “God of All Comfort” 2nd Cor. 1: 3-4.
December 5, 2013
Rest in Peace Joey Kay.
John Shulli
December 4, 2013
Patty and Family, sorry to hear of Joey's passing. I know he is in a better place. Always remember the good times.
Frank Raduszewski
December 4, 2013
Steve and family,
So sorry to hear about your dad. May you find comfort and smile in all the memories you have to cherish.
Joe and Georgena Ellsworth
December 4, 2013
Joe was a tremendous man! In the short amount of time that I knew him, he was an inspiring and uplifting man. It was an absolute priviledge to have meet such a great man.

Pat, Joe, Steve, and and Michele you are in our hearts and prayers.