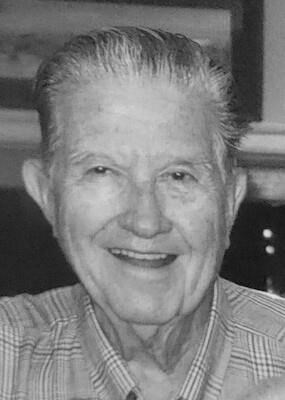 Selbyville - It is with great sadness the family of Leonard S. Price of Selbyville, DE announce his peaceful passing at his beloved home on Tuesday, July 13, 2021 at the age of 93. He was born in Washington, DC and was the son of the late Lee Sterling Price and Maude (Burdette) Price.

Leonard enlisted in the Army at 18 years old, and became a proud Signal Corps soldier, which served him well for the next 40 years as he became a supervisor of network operations for the C & P Telephone Co. He spent two years during President Johnson's administration in the Executive Office Building as a switchman and handled the Centrex system that served the White House.

He was preceded in death by his wife, Regina C. Price in 2013 and a sister, Marylee Buchly.

A memorial service will be held at Fenwick Island Baptist Church, 36806 Lighthouse Road in Selbyville, DE on Friday, July 23rd. Visitation will be at 10:00 am, service at 11:00 am and we invite you to join us for a luncheon afterwards.

"Say not in grief he is no more, but thankfulness that he was."

In lieu of flowers, donations in his memory may be made to the Alzheimer's Association. (www.alz.org)

Condolences may be sent by visiting www.bishophastingsfh.com


To plant trees in memory, please visit our Sympathy Store.
Published by The News Journal from Jul. 16 to Jul. 18, 2021.
MEMORIAL EVENTS
Jul
23
Visitation
10:00a.m.
Fenwick Island Baptist Church
, Selbyville, DE
Jul
23
Memorial service
11:00a.m.
Fenwick Island Baptist Church
, Selbyville, DE
Funeral services provided by:
Bishop-Hastings Funeral Home - Selbyville
MAKE A DONATION
Please consider a donation as requested by the family.
MEMORIES & CONDOLENCES
Sponsored by Bishop-Hastings Funeral Home - Selbyville.
3 Entries
Lennie Price - top shelf! Lennie always had his players back... as a coach he taught us to work hard and practice and give it your best every time. He loved coaching and all the kids loved him. He used to take us to Ledo Restaurant and get Pizza's for the whole team... He and my father Joe Kemp both worked for the C & P telephone company and were friends long before they both retired. Mr. Price's home was right down near the Football fields in Lewisdale and nearly across the street (University Blvd.) from Ledo's... He had a way of making us teammates work harder together and keep moving down the field.... He initiated the Lions Club alliance with the Boys and Girls Club of America, teaching us to help raise money for good causes and community outreach programs Like the "HELP THE LIONS HELP THE BLIND" where he used to drive members of the team to PG Plaza and other locations and give out the White Canes for donations , teaching us all to speak loudly and chant,... "Help the lions, help the blind!" He donated often to charities, enjoyed having an occasional visitor and well, always did a great job and the best he could do. Watching how well Lennie took care of Jean who was strickened with Alzheimer's in 2013 was the ultimate test of his loyalty and his character - and he rose to the occasion to keep her comfortable and pain-free and worry free. He dressed her and cared for her unlike any other and did so without any sign or hope for Jeans diagnosis to improve. Jean, who played the piano like a top tier musician, didn't speak or talk or complain as she was going through the most difficult time of her life with Alzheimer's. He was anchored and grounded and help lay the foundation for many many youngsters in the DC Area. Thank you Lennie Price for being a great example of a Christian Man who worked hard and produced results in every thing he did! RIP in HEAVEN Lennie... I can almost hear Jean playing My Funny Valentine and dedicating it to you as the loving husband and father to your three children. Hope you both are up there looking down on us all. Thanks again!
Bob Kemp
Friend
July 23, 2021
Lenny was a blessing to everyone he encountered. I am saddened by his passing, but know that he is in God's grace.
Patricia E Rainer
Friend
July 18, 2021
Our hearts are cracked, what a loss..... praying for peace and comfort to find his children and grandchildren in their grief.

"That man is a success – who has lived well, laughed often and loved much, who has gained the respect of intelligent men and the love of children, who has filled his niche and accomplished his task. who leaves the world better than he found it, who has never lacked appreciation of earth’s beauty or failed to express it, who looked for the best in others and gave the best he had." - unknown.....
Ledenham Family
Family
July 17, 2021
Showing 1 - 3 of 3 results