Pat was a person who lived life to its fullest despite her physical limitations. She became chronically ill as a young teen, yet graduated from Mount Pleasant High School and went on to Gardner Webb College. Pat lived independently for most of her life and was an enthusiastic, lifelong Phillies fan. Her Phillies friends were among her most cherished. As Harry Kalas used to announce when she went to the games, "the Phillies' #1 fan is here."

Pat was also a tireless volunteer. She devoted over 20 years to Crimewatch and other police assistance activities and was a Salvation Army bell ringer in the 1990s who raised more money than anyone else in the state for 3 years in a row.

When she needed nursing care, she moved to Manor Care on Foulk Road where she was fortunate to be cared for by a kind, loving and professional staff. She made many friends with both residents and staff and continued her volunteer service there. Pat served as President of the Residents' Council, running social activities and acting as a vocal advocate for patients in need.

Pat was predeceased in death by her parents, Michael and Frances Hubik, and her sister-in-law, Julie Hubik. She is survived by her twin brother Michael Hubik and his partner Charles Samaha; her brother Andrew Hubik; and cousins Joy Cheplick, Barbara Ditchey, and Diane Boretsky.

In lieu of flowers, the family suggests contributions to the Salvation Army, PO Box 308, Wilmington, DE 19899.

Published by The News Journal from Jan. 27 to Jan. 28, 2013.
To plant trees in memory, please visit the Sympathy Store.
MEMORIAL EVENTS
To offer your sympathy during this difficult time, you can now have memorial trees planted in a National Forest in memory of your loved one.
Funeral services provided by:
Chandler Funeral Homes & Crematory
MAKE A DONATION
MEMORIES & CONDOLENCES
15 Entries
Pat and I had a wonderful conversation a few hours before she passed. She told me how excited she was for the warm weather so that she could start giving away her vegetables that she loved to grow in her garden. She also told me how excited she was because she had an amazing day. She asked me why I was at work so late and asked if I had eaten anything. A few minutes later, Pat brought me an orange, a candy bar and a soda and placed it on my desk. I knew it was from Pat because that is what she did. Pat was happy when others were happy. She was nurturing and an advocate for everything she believed in. Sometimes I still wait for her to come out of those doors and come up to my desk to say good morning. I am honored knowing such a person. God bless the Hubik family, you are in my prayers always.
Danielle Gomez
February 2, 2013
Pat was a very special friend and has been a big part of our family for more than 40 years! WE loved her so very much and will miss her! Clarice and Dale
January 30, 2013
Pat was part of our family. She was the 7th daughter and called our parents "Mom and Pop". Whenever, we would visit Mom, she would visit with us as well; and sometimes bring ice cream with her. She loved the Phillies and was very proud of her vegetable garden. She will be missed.
-Nancy Petrella
January 28, 2013
While at the nursing home Pat adopted us, and we adopted her. She called my mom, Mom, and my dad, Pop. She always said that she was their 7th daughter. My 5 sisters and I and especially my dad are so shocked and upset. In mom's own way (she has dementia) is upset as well. Mom kept saying to me on Thursday the day after Pat died, that when it rains, it pours. I heard that Pat was very happy her last day on earth. I wished I could have seen her one more time. I am so very sorry for her loss. Her presence will surely be missed by everyone at the nursing home. I'll see you again someday, Pat, meanwhile, I will miss you. God bless the Hubik family. - Joanne Petrella Minchini
Joanne Minchini
January 28, 2013 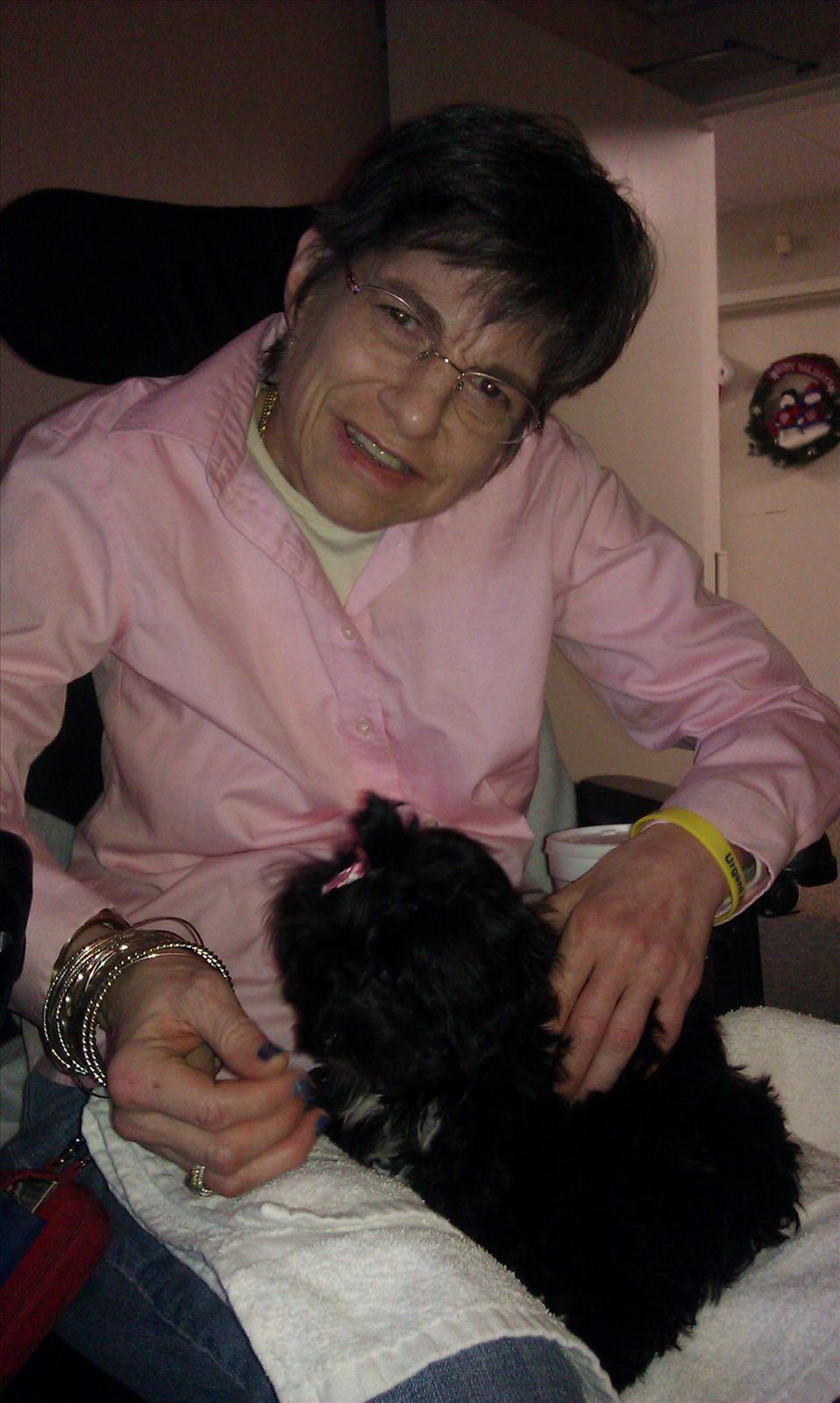 My mom has been at Manor Care for the last 3 years. In that time my family and I have grown close to Pat. She called us her adopted family. She will be missed.Praying for her family.
Lisa Golt
January 28, 2013
Pat became part of our family. We called her #7 and she called my parents mom and pop. We loved her and will miss her greatly! My prayers are for her family and all who loved her as they go through this difficult time.
Marie Agostinelli
January 28, 2013
While at the nursing home Pat adopted us and we adopted her. She called my mom, Mom and my dad, Pop. She always said that she was their 7th daugther. My 5 sisters and I and especially my dad are so shocked. In mom's own way, she has dementia, is upset as well. She kept saying to me the day after Pat died, that when it rains it pours. I heard Pat was very happy her last day on earth. Maybe she had a glimpse of Heaven and saw the Lord calling her. We would pray together at the nursing home. Her body is whole now and she is young and beautiful for eternity in Heaven, no more suffering. I wish I could have seen her one more time. My mom had been in the hospital for approximately 3 weeks and I didn't get to see Pat before she passed. I am so very sorry for her loss. Her presence will surely be missed by everyone at the nursing home. God bless Pat's family. Joanne Petrella Minchini
Joanne Minchini
January 28, 2013
May God grant you peace at this difficult time.Romans15:13
January 28, 2013 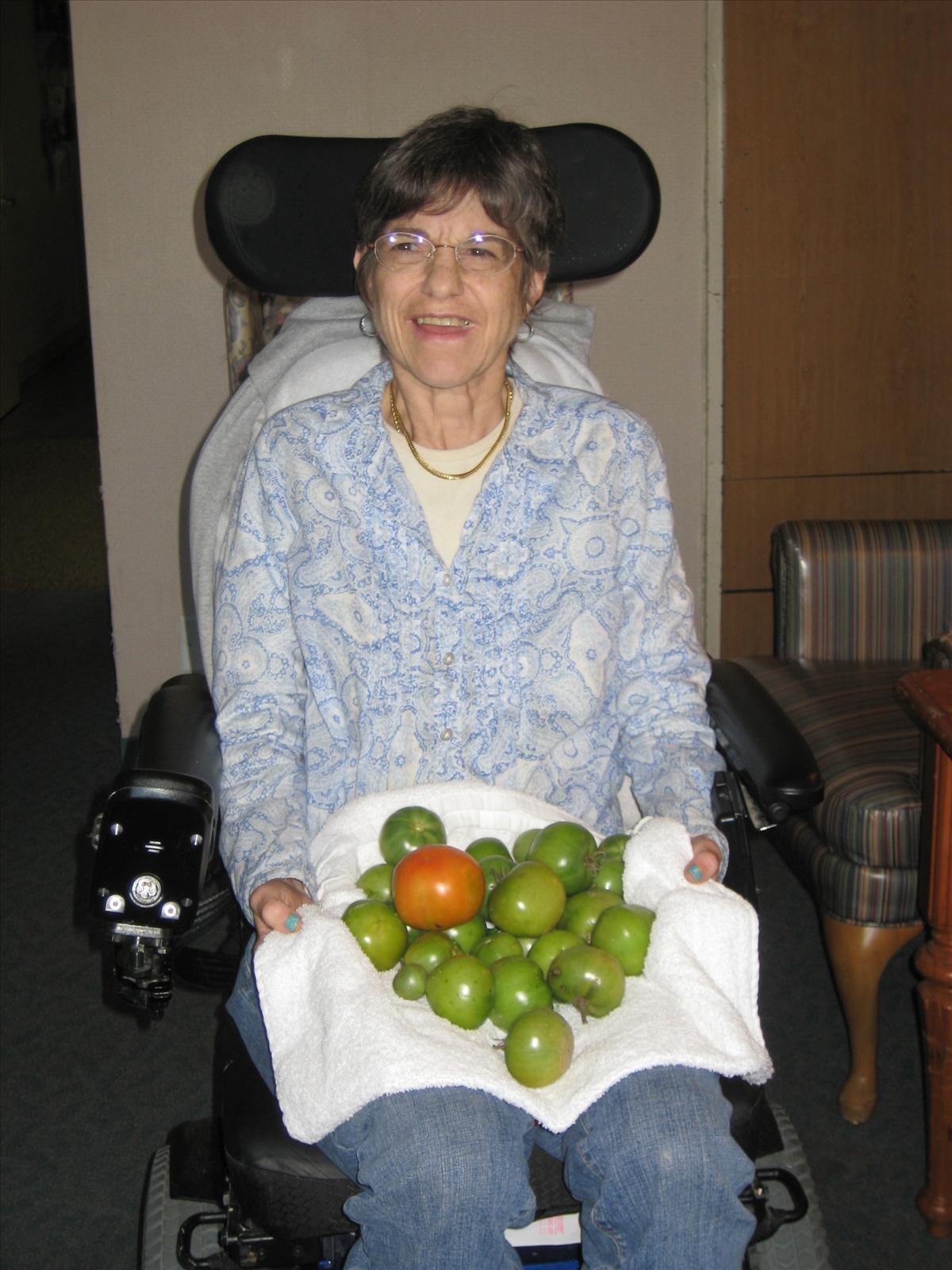 My prayers going out to Pat's family and the people who knew her. Pat was always energetic and happy despite her limitations. She enjoyed her garden and was always happy to share with others. Thank you Pat for being such a kind and giving person. You will be missed....
Rose Clark
January 28, 2013
I had the priveledge of knowing Pat during my time as Administrator at Manor Care. She became a friend, and I will miss her. My prayers to her family.
Kim Blunt
January 28, 2013
So enjoyed seeing Pat this past summer. She was her cheerful self we all know her to be. In celebration of her life and our shared love of baseball, I'm going to play catch with the boys on Wednesday afternoon and grill up a couple Ball-Park franks. The weatherman said it will be warm, high close to 70.
Bob Ditchey
January 28, 2013
Julie and I are deeply saddended with the news of her passing. She will be missed by us and her friends at the Phillies, whom she dearly loved.
Julie and Larry Shenk
January 27, 2013 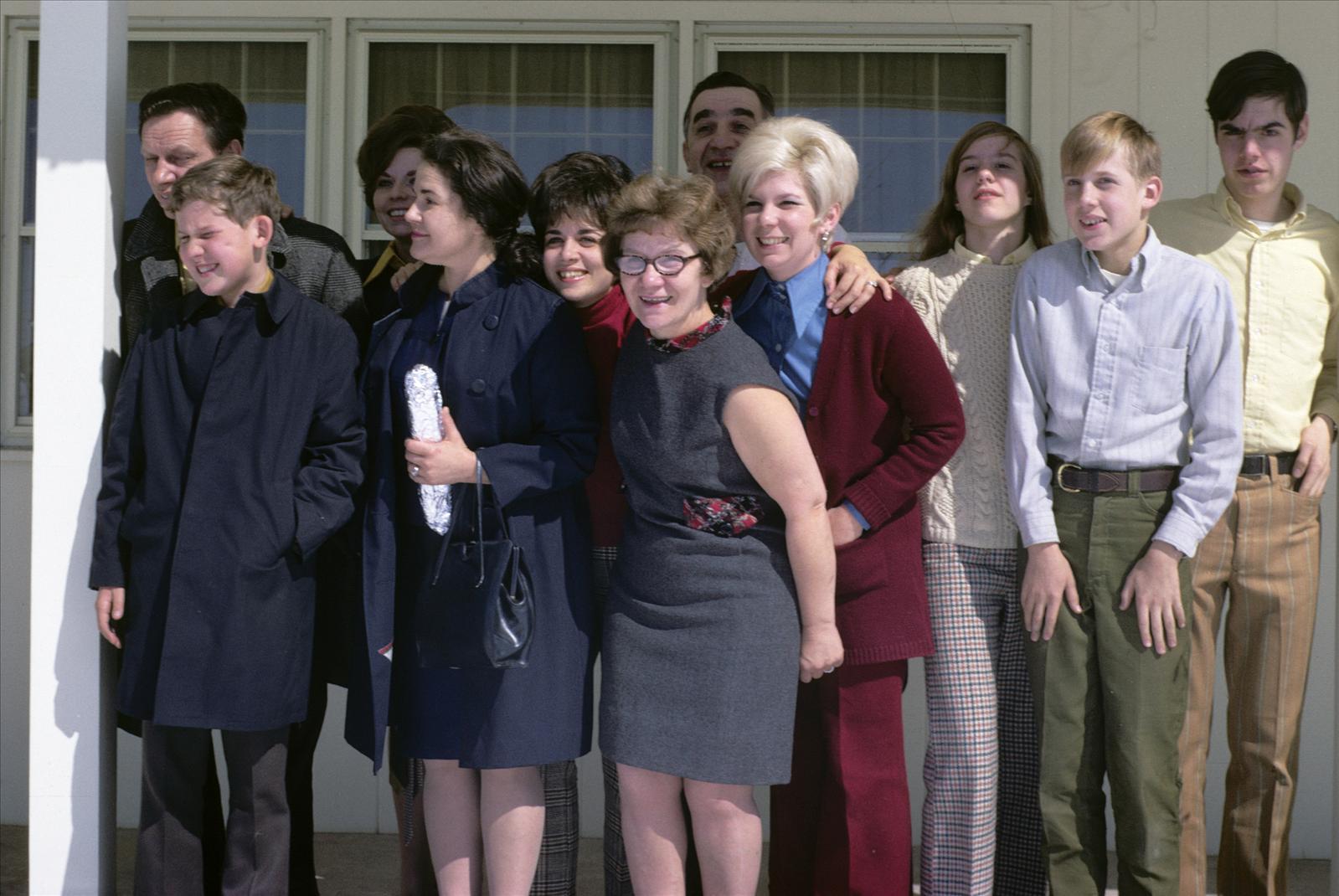 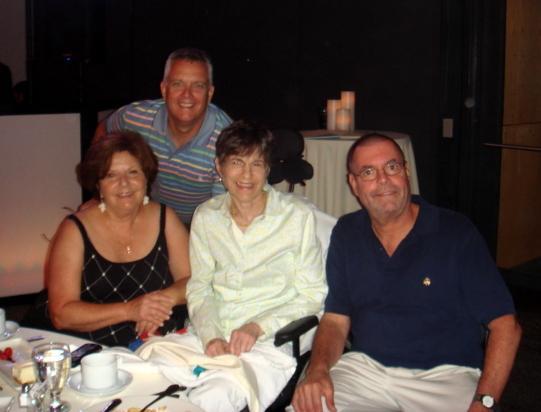 Robert Ditchey
January 27, 2013
Pat will always be remembered for that infectious smile of hers. She saw good in everything. She is in my thoughts and prayers, as is her family.
January 27, 2013
Showing 1 - 15 of 15 results