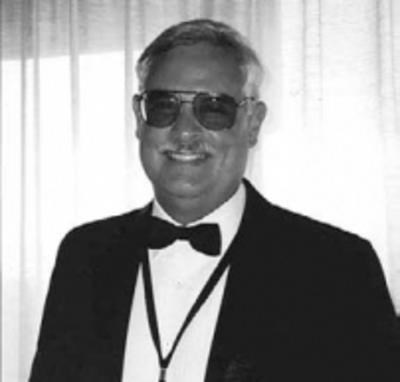 Robert D. Fleck, Jr., of New Castle, Delaware, passed away after a brief battle with cancer, on Thursday, September 22, 2016. Robert was born on February 4, 1947 and was the son of the late Robert D. Fleck, Sr. and the late Mollie Reeves Fleck.

Bob founded and spent 40 years running Oak Knoll Books as an antiquarian book dealer. He specialized in the field of books about books; essentially the history of all aspects of book making, including printing, typography, binding, design and papermaking. Bob was also lucky enough to have his son Rob join him in business at Oak Knoll after Rob graduated from the University of Delaware.

When not involved with business or books, Bob enjoyed his Friday night dates with his wife Millie, playing tennis, watching sunsets with a glass of wine at their beach house in Fenwick, watching Phillies games, and spending time with family, especially his grandchildren.

A memorial service will be held Tuesday, September 27, 2016 at the Arsenal at New Castle, 30 Market Street, New Castle, DE. Visitation will be from 10am to 12pm, with the service beginning at 12pm. Burial will be private.

In lieu of flowers, the family asks that donations be made to The New Castle Historical Society, The University of Delaware Library Special Collections or the ILAB Benevolent Fund.

Much Love,
Mark & Kelly Chandler
Mark Chandler
Family Friend
October 6, 2016
Very sorry to hear this. I worked for Bob many years. ago and learned so much from him. Thoughts with Millie, Rob, Jenni and the rest of the family.
Raeann Dunn
October 3, 2016
We were saddened to hear of Bob's passing. We want Millie, Rob and the rest of the family to know that our thoughts are with them.

I'm sending you my sincere sympathy at the passing of your husband. You will be in my prayers over the coming weeks and days. Fondly, Phee Price
Phee Price
Acquaintance
September 27, 2016
I met Bob about two years ago when I started working with M&T Bank which is located next to their residence in New Castle. Bob was an active member of the Historic Society and invited me to one of their events. My fiancé and I attended the event, and Bob and Millie were very, very welcoming. Bob insisted that my fiancé and I sit with him and his family during this event and went out of his way to introduce me to all the attending members of the Historic Society. I've met and worked with Bob and his family many times since then, and it is his generosity and kindness that has helped me feel very welcome here in New Castle. I've had the pleasure of knowing Bob for a short 2 years, but I will always remember his kindness and warm heart.
Dale McDine
Friend
September 27, 2016
Millie: I'll always remember the many conversations we had about books and related topics. My sincere condolences

Jan
Jan Churchill
Friend
September 26, 2016
Dear Millie and Family...May your memories bring you comfort at this time. You are in our thoughts and prayers...
Esther Lovlie
September 26, 2016
One of the first opportunities I had to work with rare books was with Bob at Oak Knoll. He was so generous with his time and knowledge. I valued getting to see him and Rob each year at the Boston Book Fair. I will miss Bob greatly and remember him with fondness.
Cate Hirschbiel
Friend
September 26, 2016
Although we had known Bob Fleck for many years before the 1990 Tokyo ILAB Congress, it was there that we truly had the opportunity to spend time with him and his wife Millie and I consider that the beginning of a real friendship. We go back more than a quarter-century ago, and to think of Bob's unexpected and sudden passing is a great shock. I do not know a more generous bookseller in devoting his time and energy to helping his colleagues, and it was Bob who unselfishly managed to convince the ILAB that we all needed to get on board the Internet to promote our trade and our trade organizations. He was passionate about books as much as he was about life itself and his loving family. Saying he will be sadly missed is an understatement. Bob Fleck is irreplaceable. Our deepest condolences to his widow, children, grandchildren and company. Having known him and working together on a few projects is a memory that will always live within me.
May he rest in Peace forever.
Justin Schiller (personally, and on behalf of my two companies: J G Schiller Ltd & Battledore Ltd)
September 25, 2016
You will always be my president, Bob. You know what I mean. Proud to have known you, proud to have served with you. Not forgotten.
Steven Temple
Friend
September 24, 2016
We were very shock & saddened to hear of Bob's passing. He was a great friend to us and we have many happy memories of bibliophilic adventures & fun times. He was a great lover of books and did so much for the book community. Our condolences to his family at this sad time.
Frances & Paul Wakeman
Friend
September 24, 2016
I have many happy memories of Bob and the Bibliophiles as well as dealing with his shop. He will be missed by all of us.
Walter Marder
Friend
September 24, 2016
Dear Millie, Sending you my deepest sympathy on the passing of your husband. I know it has been a long time since we have spoken, but I often think of you and the fun conservations we had at 1400 Washington St. I have been retired for quite a while and live in Stuart, FL near my son, 3 grandchildren and 2 great grandchildren. God bless you and your family.
Barbara Andrews
Friend
September 24, 2016
Very sincere condolences.
Jean-Paul Fontaine
Reims
France
September 24, 2016
Dear Jenni, Paul and Family,
I so remember Robert's passion for books and his bubbly personality. A funny story to share as I remember him staining about 5 bookshelves when he lived in Newark...a big gust of wind blew and leaves flew everywhere and Stuck to those bookcases...I remember laughing so hard my ribs almost snapped. All of you have my sincere condolences.. Peace and Prayers to all of you.. RIP Robert. Sincerely Claire Ciarlo Austin
Claite Austin
September 23, 2016
Dear Millie and family, I was deeply saddened to hear of Bob's passing. I'm so glad Dave and I was able to come up in August to see him. May you find comfort in happy memories.
Debbie Campbell
Family Friend
September 23, 2016
Showing 1 - 18 of 18 results