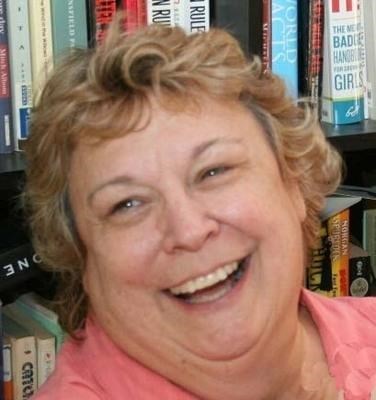 Robin Roberts Ryan, surrounded by her loving family, went to be with the Lord on Saturday, December 19, 2015.

After graduating from Mount Pleasant HS, Robin went to work at the duPont Corporation where she met her husband and love of her life, Neil Ryan. She left duPont after 15 years of service to raise her family. Robin was an avid volunteer and spent countless hours involved in the school system/ PTAs at school and state level, as a result of which she was appointed to the Foster Care Review Board of Delaware and served for over a decade. She returned to the work force after her children were grown and worked for Disney as well as various HVAC companies.

Robin loved all things Disney as well as Christmas. She will most especially be remembered for her dedication to children, family, and her adoration for her two grandchildren Zak and Mabel Kinsey. Those that knew Robin will remember how her personality and smile filled a room and how her heart touched all that she met.

She was predeceased by her husband Neil Ryan as well as her mother Janet Roberts. She is survived by her father Chester Roberts, Sr. and children Kellee Kinsey (Kevin), Jenna Ryan (Bob Leach) and Cory Ryan (Hayley Bernard). She is also survived by her brother Chester Roberts, Jr. (Ashley) and sisters Randee Roberts Tobin (Tom) and Debbie Fry and countless beloved nieces, nephews and family members.

A viewing will be held from 6-8 pm, on Tuesday, December 22, at McCrery & Harra Funeral Homes, 3924 Concord Pike, Wilmington. A funeral service will be held at 11 am, on Wednesday, December 23, at the funeral home. Interment will follow at Gracelawn Memorial Park, New Castle, DE.


Published by The News Journal from Dec. 21 to Dec. 23, 2015.
To plant trees in memory, please visit the Sympathy Store.
MEMORIAL EVENTS
To offer your sympathy during this difficult time, you can now have memorial trees planted in a National Forest in memory of your loved one.
Funeral services provided by:
McCrery & Harra Funeral Home
MAKE A DONATION
Please consider a donation as requested by the family.
MEMORIES & CONDOLENCES
29 Entries
" I am sorry for your loss. Please let GOD comfort you through this tough time, he is always there to help you PSALMS 91:2
December 24, 2015
Kellee and family,
Sending prayers and hugs.
Andra James
December 23, 2015
My sincerest condolences to the family. May you find comfort in the words at 1 Thessalonians 4:14.
December 23, 2015
Nothing but wonderful memories when I think of Robin! I will miss her hugs, and talking about all things Disney to her!! Sending prayers & thoughts to the Ryan/Roberts family!
Jennifer Truby-McNesby
December 23, 2015
Mr. Roberts, Chet & Randee,
I am so saddened to hear about Robin's passing. I have always remembered her and your family so fondly. Please know that you are in our thoughts and prayers.
Paul Major
December 23, 2015
Mr Roberts, Chet, Randee & Deb,
I am so very sorry to hear of Robin's passing. I will always remember her beautiful smile! She was always so kind and funny. She was truly a beautiful person that touched the lives of so many people. My thoughts and prayers are with you all.
Judi Brubaker
December 22, 2015 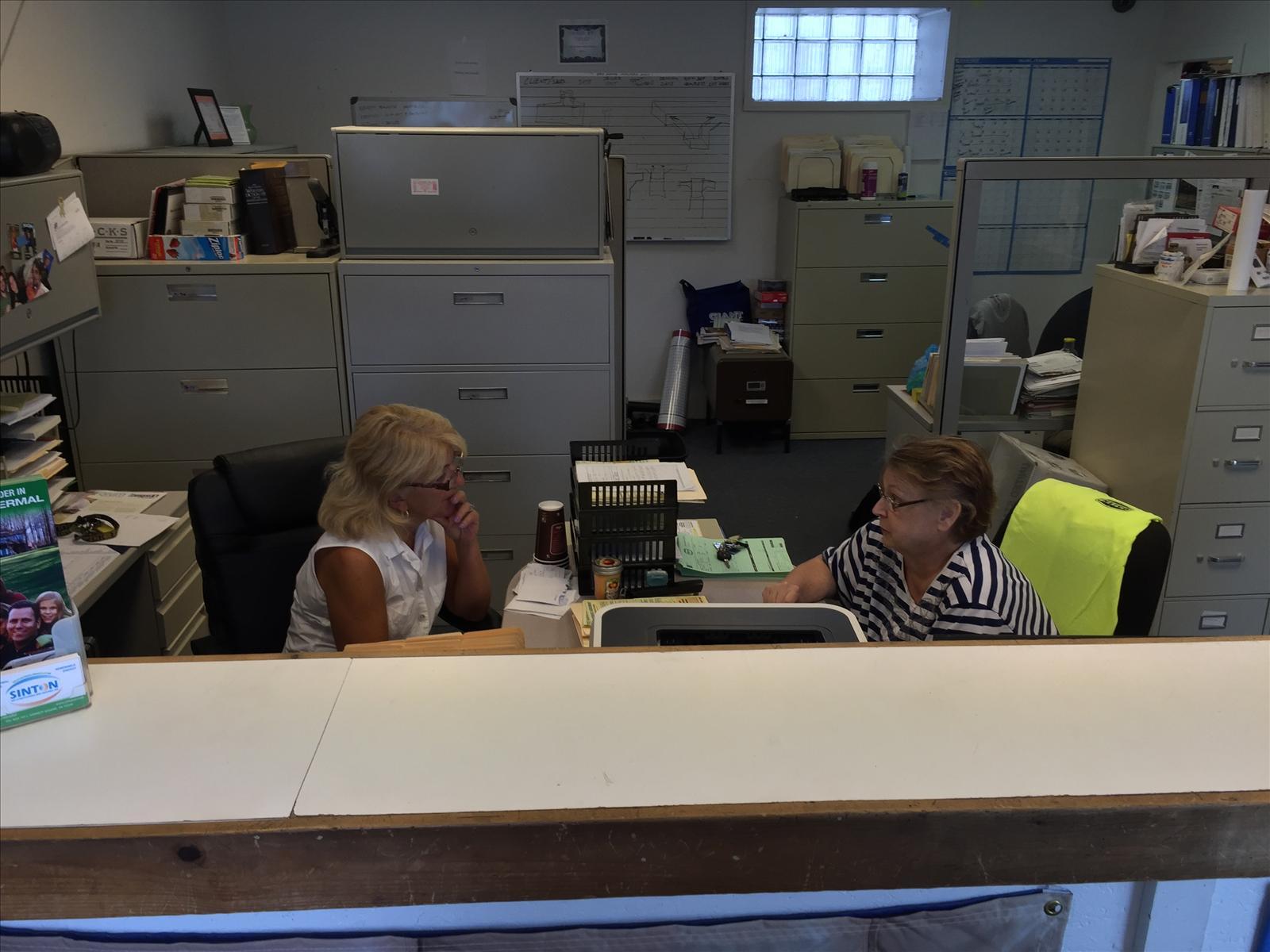 Billy Sinton
December 22, 2015
From all the employees at SINTONAIR...we are going to miss her smile, her laugh, her compassion and love of life and service to others. What joy to have known her in this life.
Billy Sinton
December 22, 2015
I had the very fortunate opportunity to have known Robin over the past 7 years while working with her. She was the most graceful, kind, and loving person! I truly was blessed to have shared that time with her. Heaven has another angel but I will miss her tremendously. She filled our "work" conversations with the most love-filled stories of Neal, her family,and especially her grandchildren. May God's peace be with all of you.
Carol Sinton-Shimpeno
December 22, 2015
Chet Sr., Chet Jr., Randee and family, We are so sorry to hear of Robin's passing. We have many fond memories from years ago. Our thoughts are with you at this difficult time.
Marie Johnson Wagner, Micky and Donna Johnson, Jeany Johnson Tunell and Mike Tunell
December 21, 2015
Mr.Roberts, Chet, Randee and family,
So sorry to learn of Robin's passing. I always remember her as being a very happy and thoughtful person. My deepest sympathy to you all.
Rob Stevens
December 21, 2015
https://www.facebook.com/judym615/posts/10207872026341039I was so saddened to hear of your loss. Your family is in my prayers, especially Zack and Mable.
Misti Green
December 21, 2015
So sorry to hear of your loss. Our thoughts and prayers are with you and your family. May you find comfort in your happy memories of your Mom and her bright smile.
Mary Kolinka-Falkenburg
December 21, 2015
Randee and family, So sad to hear of Robin's passing. I remember her as full of happiness . May your many memories ease your sadness.
Margaret Brabson
December 21, 2015
She was an amazing lady. I am thankful to be able to have called her my aunt. She will be remembered with every big wonderful hug (hers were the best), every Disney movie (her favorite) and every year throughout the Christmas season. She will be greatly missed.
The Mayhew Family
December 21, 2015
Peace be upon you and yours. With heart felt sympathy. 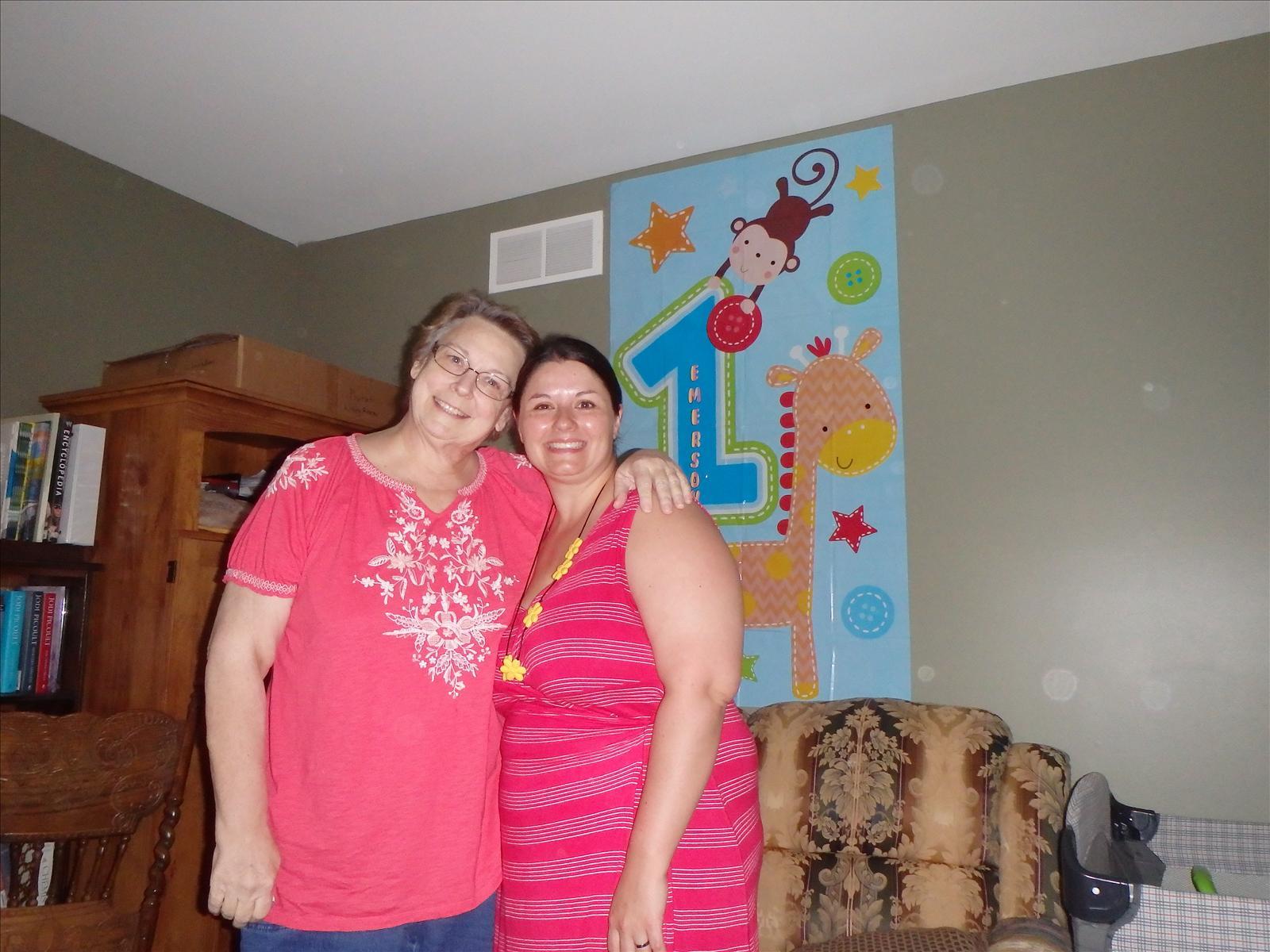 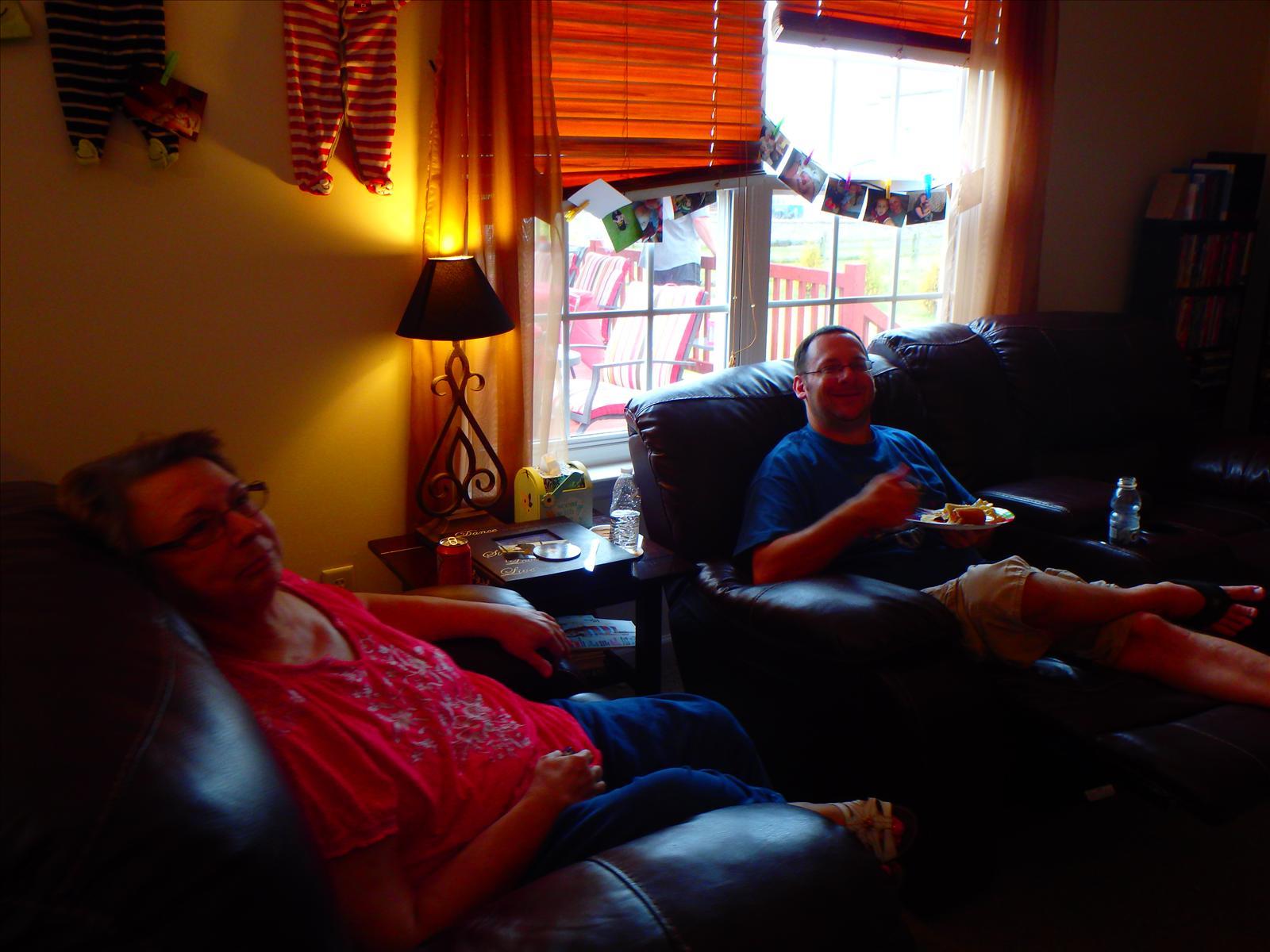 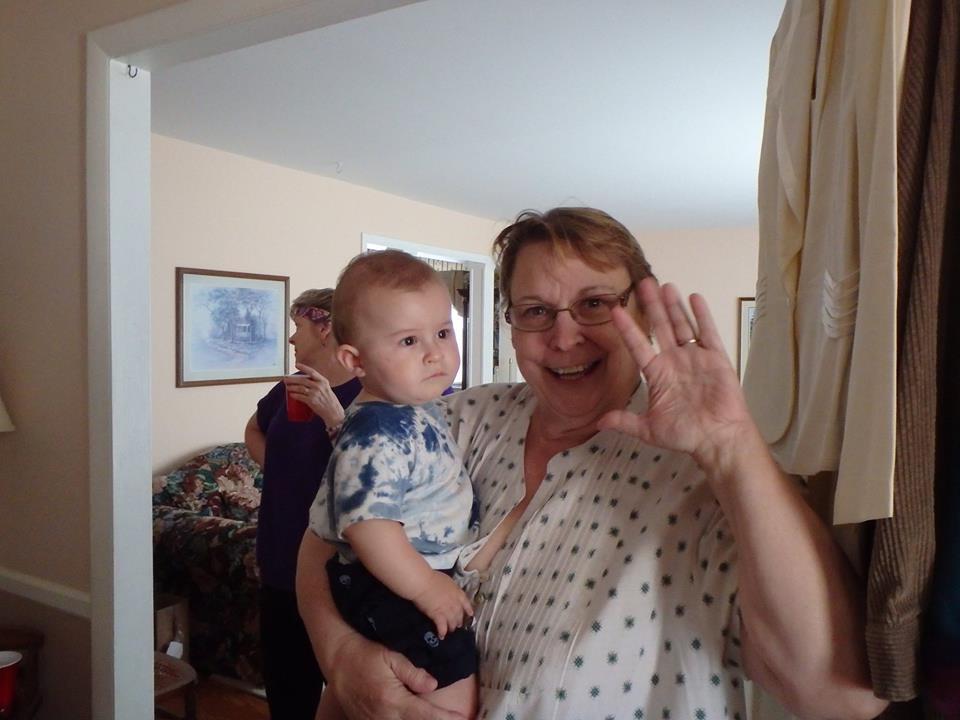 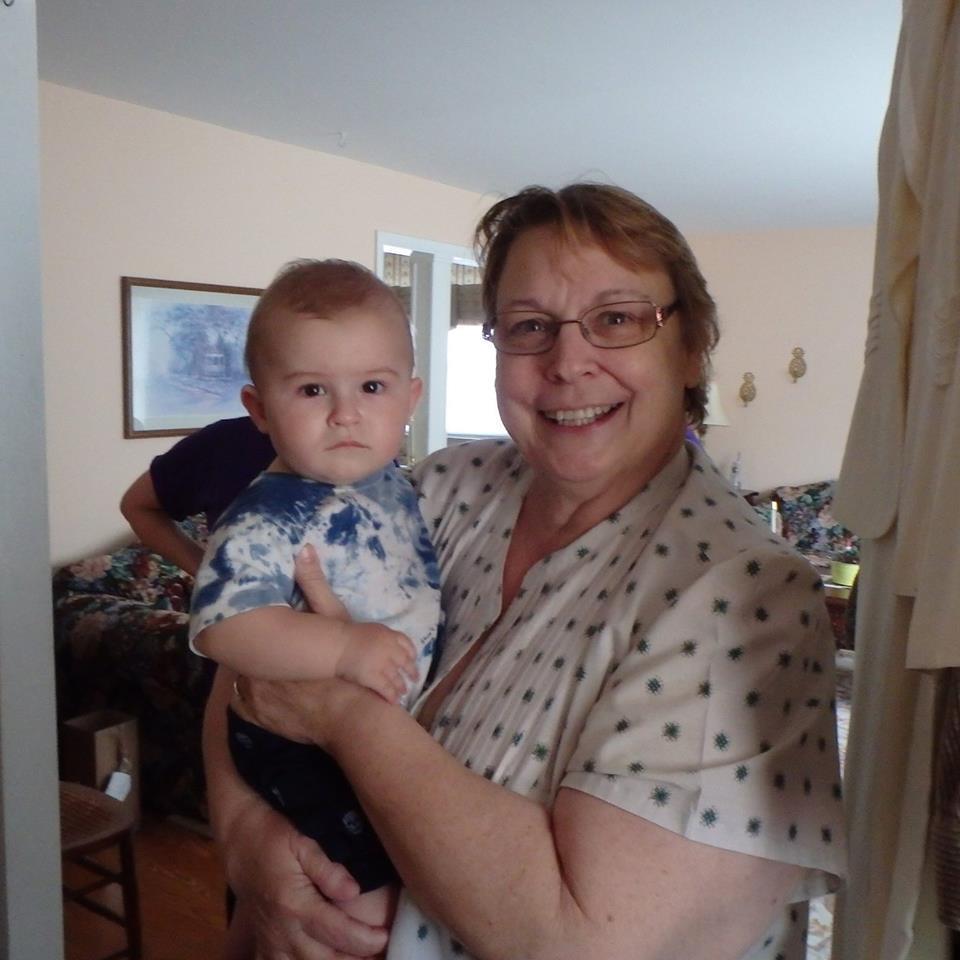