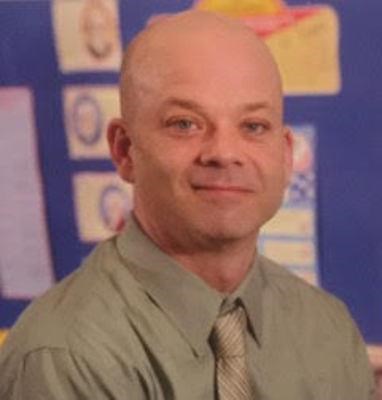 Thomas Joseph Hogan, age 46, passed away surrounded by his family on Monday, July 17, 2017 after a lengthy battle with cancer. Tom was the youngest son of Robert and Joan Hogan of Wilmington, Delaware. In addition to his parents, Tom is survived by his three brothers; Mike (Sherry), Bob (Sue), and Dan (Sue) and his nephews and niece; Kyle, Cole, Matt, Shane, Ellie and Will, to whom he was a devoted uncle.

Tom is an alumnus of the Alexis I. duPont High School class of 1988 and graduated from the University of Delaware in 1992, receiving a Bachelor of Arts in History. He continued his post-graduate work at Wilmington University where he earned a Master's Degree.

Tom (Mr. Hogan) was a dedicated and beloved faculty member of A.I. duPont High School for 18 years. He taught history and social studies, serving as the department chair, and coached football, wrestling and softball. Tom's charismatic nature and obvious passion for his work is evidenced by the exceptional connections he made with his students and athletes. In 2012 he was humbled and honored to be named A.I. Teacher of the Year. He was also selected to be an honorary coach at the Delaware Blue Gold All-Star football game.

Throughout his battle with cancer Tom served as an advocate for many other patients and their families. He was a committee member, mentor and frequent speaker with The Helen Graham Center and was a keynote presenter at the For Pete's Sake annual Gala in 2012.

Outside of teaching and coaching, Tom was happiest when surrounded by his family and friends. Whether he was competing in a game of backyard wiffle ball, performing with his band, Walt's Fault, or simply entertaining the crowd with his encyclopedic knowledge of cinema and music, Tom's enthusiastic spirit was infectious, and he will be greatly missed by all who had the pleasure of knowing him.

Family and friends are invited to join Tom's colleagues and students as we celebrate his life at A.I. duPont High School on Saturday, July 22 at 4:00PM. The celebration is open to everyone who was impacted by Tom's life.

In lieu of flowers, donations in memory of Thomas J. Hogan may be made to The Alexis I. duPont High School, 50 Hillside Rd., Greenville, DE 19807 or The Helen F. Graham Cancer Center & Research Institute, 4701 Ogletown Stanton Rd., Newark, DE 19713.


Published by The News Journal from Jul. 21 to Jul. 23, 2017.
To plant trees in memory, please visit the Sympathy Store.
MEMORIAL EVENTS
Jul
23
Visitation
2:00p.m. - 5:00p.m.
Doherty Funeral Home
3200 Limestone Road, Pike Creek, DE
Jul
24
Mass of Christian Burial
11:00a.m.
St. Mary of the Assumption Church
7200 Lancaster Pike, Hockessin, DE
Funeral services provided by:
Doherty Funeral Homes, Inc. - Pike Creek
MAKE A DONATION
MEMORIES & CONDOLENCES
Sponsored by Doherty Funeral Homes, Inc. - Pike Creek.
26 Entries
Miss you a lot buddy!
Ken Starkey
Friend
July 13, 2020
Thinking of Tom today and remembering his positive impact on all three(3) of our children who either had him as a teacher or tutor. Tom's love of others and for teaching was always so evident and contagious. Rest in peace Tom. We will see you again.
Marian Thurrell
June 20, 2018
I am grateful I had the opportunity to learn from you and experience your passion and energy inside and outside the classroom. Rest in Paradise Mr. Hogan. My prayers are with the Hogan family.
Gary Terrell
August 26, 2017
I never really got to know you but what I have read about you,and being the son of one of my best
friends from years ago,you had to make your too
short time on earth exemplary.
philip roddy
July 24, 2017
Tommy,

Unfortunately I could not attend your vigil due to a planned family event and I am truly sorry. You were a good man with a big heart. I loved your welcoming spirit and desire to help others it described your character as a man to a T. I also cannot attend the funeral or viewing due to summer work complications. Therefore, I am signing this guestbook letting your family know you'll be in my prayers for the rest of my life. I'll catch you on the other side tommy.

Michael Dellinger and Diane Masciantonio
July 21, 2017
So very sorry to hear of his passing . I will always remember his enthusiastic , bubbly personality , I never heard a student that didn't admire and respect him . His positive nature was infectious. God bless you Mr. Hogan. You touched so many lives and set a great example to our youth .
D Rapuano
July 21, 2017
You truly were one of a kind, Tommy. You always took the time to listen to your student's and friend's needs and would go above and beyond to help. I was in a dark place when I was 15 y/o and you helped me get the treatment I needed and more importantly taught me that it was okay to ask for help. Thank you. I will never forget you. Love you, buddy.
Courtney Brasure
July 21, 2017
Rest In Heaven Mr Hogan♀ Thank You So Very Much for being a dedicated educator at AIHS for my son. You always had a positive spirit and always encouraged my son who was handicap to give his all!
#gonetoosoon
Darlene Glover
July 21, 2017
you meet just a few really good men in your life and tom Hogan is one of those men glad I knew and loved you rest in peace my good man
July 21, 2017
My condolences to the Hogan family I used to spend a lot of time with the family when I needed to get away Love your old neighbor Kristie Prettyman
Kristie Prettyman
July 21, 2017
A colleague who become a close friend. Missing you lots. Ms. Lee
Tamika Lee
July 20, 2017
Tom, you are my hero and I always said angel on Earth. Now you are where you always belonged: in Heaven and a real angel. After Steve died you were so nice in reaching out RIGHT away offering support, even when you were battling this hard. I love you, Tom! Can't wait to see you again.
Amy Wallace
July 20, 2017
Sincere condolences to the family. When someone you love becomes a memory, the memory becomes a treasure in your heart and it lives forever. May the wonderful treasures fill your hearts with love and bring you peace, Hosea 13:14.
July 20, 2017
Rest In Peace Coach Hogan! You were an amazing person and teacher! So glad I attended AI while you were there. Fly high Coach. Cathryn Pedrick-Moorec/o 2003
July 20, 2017
Until we meet again, Tom.

Paul
Paul L Parets
July 20, 2017
Mr. Hogan is one of the first teachers to open my mind. I'll always remember him refusing to sign my permission slip to take AP euro because he didn't think I could do it and the next year I brought back my AP test score to show him I passed. He motivated me to prove him wrong. Maybe that was his goal all along...
Ryan Quigley
Student
July 20, 2017
Brittany Gant
July 20, 2017
I am soo soo sad to hear of "Tom Terrific's" death. As I told Bev I can still remember him always in Barry's room playing. And taking him in our car to pick Barry up after returning from his cross country bike ride. Tom had to be there to greet his friend.
Of course who can forget his grin and those big gorgeous eyes.
My memories go back to him as a little boy but I know he grew up to be the same special kind of man.
May God be with all the wonderful Hogans at this time.
In Sympathy,
Madeline Zimmermann
Madeline Zimmermann
Friend
July 19, 2017
Showing 1 - 26 of 26 results