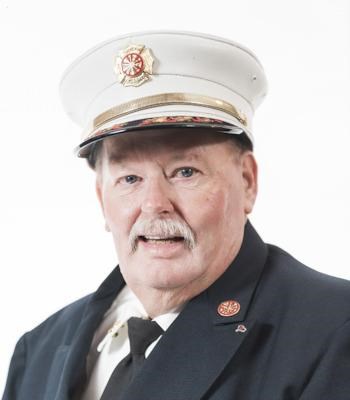 Born in Wilmington, DE on November 28, 1955, he was a son of the late Raymond W. and Shirley (Conner) Ingram. Tim grew up in Rambleton Acres and Hares Corner. He was a graduate of William Penn High School, class of 1974. Tim had more jobs than one could count. Most notably, he worked for Ray Honey's Garbage Service, Criscone's Gulf Station at Hares Corner, Hoy's Penn Jersey, Atlantic Aviation, Wm. M. Young Lumber Co., and Grubb Lumber Co.

Tim joined the Wilmington Manor Fire Co. in 1970 as a second generation following his father's footsteps. He held the ranks of every operational leadership position as well as Board of Director and Chairman of the Board. Tim was also Fire Chief for several years. He was bestowed the honor of being elected to the position of Fire Chief Emeritus. He was a 50-year Life Active member, receiving that honor in 2020. He received many citations and commendations throughout his years of service. Tim was also a longtime member of the Christiana Fire Co. and remained active on and off for many years.

Tim was a longtime member of the Asbury United Methodist Church in New Castle, where he was currently serving as Chairman of the Board of Trustees. He was a Master Mason and a proud member of the High Noon Lodge No. 38 of Newport where he currently held the office of Secretary. He was also a member of the Shield & Square Club of Delaware, as well as Treasurer of the Daylight Chapter.

In 2019, Tim received a Gift of Life donation, from a most gracious and loving family. This gift was life changing, and inspired Tim and family to promote and educate others on the Gift of Life process.

Tim loved bluegrass and country music, his beloved pets, tinkering around in his workshop, and above all, spending time with his family, especially at his beach home. He cherished his friendships with countless people throughout his life.


Published by The News Journal from Jul. 16 to Jul. 18, 2021.
To plant trees in memory, please visit the Sympathy Store.
MEMORIAL EVENTS
Jul
20
Visitation
6:00p.m. - 8:00p.m.
Asbury United Methodist Church
300 E. Basin Road, New Castle, DE
Funeral services provided by:
Spicer-Mullikin Funeral Homes & Crematory - New Castle
MAKE A DONATION
MEMORIES & CONDOLENCES
Sponsored by Spicer-Mullikin Funeral Homes & Crematory - New Castle.
6 Entries
May God bless the Ingram family in this time of sorrow.
Jim Barlow
Friend
July 21, 2021
To the entire Ingram Family, I am so very sorry for your loss of your Husband, Father, Brother. Such a great loss to all of us. He was an amazing man! Our thoughts and Prayers are with you all during this difficult time. Love, Cheryl, Curtis and Becky
Cheryl Rivera
Family
July 21, 2021
Our deepest sympathies. Our hearts are with your family.
The Manetti Family
July 20, 2021
Our thoughts and prayers and deepest condolences go out to Ingram family. Tim was a great guy that Bob and I had the pleasure to know. Rest easy Tim, you will be missed by all.
June & Bob
July 18, 2021
So sorry for your loss Chad.
Andrew McCracken
Friend
July 18, 2021
Our deepest sympathy to Pam, their children and the entire family.
Gary and Kelly Testerman
July 17, 2021
Showing 1 - 6 of 6 results