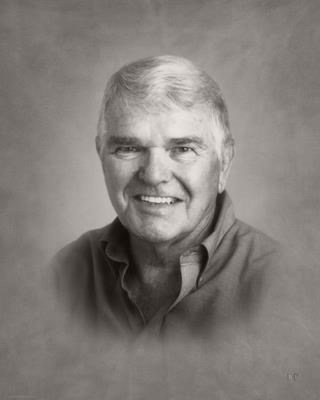 Bill was born on December 10, 1923—fittingly, International Human Rights Day—in Verona, Pennsylvania to William W. Boyer, Sr., a track supervisor for the Pennsylvania Railroad, and Helen Rutledge Kelly Boyer, a vivacious storyteller and loving mother. Bill grew up in the suburbs of Pittsburgh, where he enjoyed listening to the radio, playing basketball, dancing the jitterbug, and singing in school choirs. During the Great Depression, Bill worked as a paperboy and at odd jobs to help his family. Bill graduated from Crafton High School in 1941, in what would later be called the "war class." Despite doubts from his high school principal about his academic future, Bill joined his older siblings Carle and Bethel at College of Wooster in Ohio where he studied political science and played varsity football.

A few months into his freshman year, Pearl Harbor was bombed, and Bill soon enlisted in the U.S. Army Air Corps. He was called up for service in 1943 and served honorably as a meteorologist in Antigua and Cuba until his discharge in 1946. Soon after his service, he married his college sweetheart, Barbara Massey (d. 1987). He graduated from Wooster with his Bachelor's in 1947. Bill went on to receive his PhD in Political Science from the University of Wisconsin in 1953.

During his academic career, Bill touched many lives as a college professor, department chair, academic researcher, and author. He held tenures at University of Pittsburgh (1954-1965) and Kansas State University (1965-1969) before being recruited to his beloved University of Delaware. As Charles P. Messick Professor at UD (1969-1993), he specialized in comparative public administration. After mandatory retirement at age 70, he was invited back to UD to continue research and writing. Later in his life, he became renowned as the oldest employee at UD, where, at the time of his death, he was working on books about Delaware's criminal legal system and public health policy.

Throughout his long life, Bill fought for justice and equity, which over the years included speaking out against the Vietnam War, organizing a lecture series that featured Dr. Martin Luther King, Jr. and Robert F. Kennedy, writing two books about the damage of colonialism in the U.S. Virgin Islands, and co-chairing a UD faculty committee which proposed divestment from South Africa as an apartheid state.

One of his career highlights came when the U.S. State Department sent him on a lecture tour across seven countries in 1960, where he spoke on such issues as democratization, public administration, and political rights. A three-time Fulbright Scholar, Bill dedicated much of his life to bringing peoples of the world together. Notably, he co-founded a partnership between UD and Hankuk University of Foreign Studies in Seoul, South Korea, where he had many esteemed graduate students, colleagues, and friends.

Published by The News Journal from Mar. 13 to Mar. 15, 2020.
To plant trees in memory, please visit our Sympathy Store.
MEMORIAL EVENTS
Oct
16
Memorial Gathering
9:00a.m. - 10:00a.m.
Mitchell Hall, University of Delaware
210 S. College Avenue, Newark, DE
Oct
16
Celebration of Life
10:00a.m.
Mitchell Hall, University of Delaware
210 S. College Avenue, Newark, DE
Funeral services provided by:
Spicer-Mullikin Funeral Homes & Crematory - Newark
MAKE A DONATION
MEMORIES & CONDOLENCES
Sponsored by Spicer-Mullikin Funeral Homes & Crematory - Newark.
5 Entries
It has been a year since the sad passing of Dr. William W. Boyer, but the heart warming memories of him have remained vividly alive. I dare say that he is alive, in every heart and every mind he has touched and nurtured. Once married and enrolled in the graduate program, both Professor Boyer and Mrs. Barbara Boyer invited us to their home on numerous occasions. Both treated my wife, a graduate student from Thailand, with much appreciated affection. We left Delaware for Iran in 1973, but kept in touch. We settled in Tehran, had two sons, and were doing rather well. Concerned about political tremors that had appeared in Iran in 1978, he encouraged me to consider a doctoral program in the United States and an academic career. Thus my professor's mentoring had tactfully continued with affection. Being in the eye of the political storm, I did not see the approaching calamity and continued to responded that although I loved enrolling in a doctoral program, things were not so bad in Iran, and supporting my family and myself would be a challenge. Finally I received a telegram from that kind caring professor of mine in mid summer 1979 that I had been granted a fellowship to enroll in a doctoral program. I left Tehran for Newark, DE, in September and my wife and two sons joined me soon after. I completed the doctoral program in three years and began a rewarding academic career in 1983. After defending my doctoral thesis, Professor Boyer took me to the U of D Blue & Gold Faculty Club, bought me a beer, introduced me to colleagues and toasted me as Dr. Mokhtari! A drink has never tasted so good! My family lost all in the Revolution in Iran, but we owe much of our livelihood and perhaps our lives to that wonderful mentor of ours.
Fariborz Mokhtari
Student
March 29, 2021
I am so sorry to receive the sad news of my professor and mentor Dr. William W. Boyer's passing. My wife and I both have had the good fortunate to have had him as our highly respected teacher. We cherish the memory of our last visit a couple of years ago and the wonderful few hours spent with gracious hosts Dr. William and Dr. Nancy Boyer over lunch, a tasty home made frozen yogurt desert, and a most pleasant conversation. We extend our sincere condolences to the family with great affection.
Fariborz (Fred) Mokhtari
March 14, 2020
The world needs many more folks like Bill. We should all strive to model his caring.
Ann Negstad
Friend
March 13, 2020
I'm so sorry to hear of your loved and deepest condolences are extended to you. Something that's helped me through the death of loved ones is to reflect on 1 Corinthians 15:26.
March 13, 2020
My wife Sandi and I send "Our Prayers for the Peace that Passeth Understanding" on the passing of Prof. Bill Boyer.

Bill and I met in the 1975-76 school year, when I was in the first 3-member cohort of a new PhD program in Public Policy / Public Affairs in UDel Political Science. He was one of my professors.

I'd just moved to Delaware in April 1975 where I became State Capitol Bureau Chief for the News Journal Papers, covering the Governor and General Assembly, which put me on the front lines of applying just what we studied. (I'd moved from Champaign Urbana, where my earlier degrees were from U Illinois!)

Bill and I connected immediately, also as fellow military veterans, despite differing perspectives on the then (45yrs ago) just-ended Vietnam War. He was a wonderful man, and, although we never were "close" or "inner circle," we remained periodically in touch over the years. I remember that he'd sent me a copy of a new book he'd brought out 15-20 years ago.