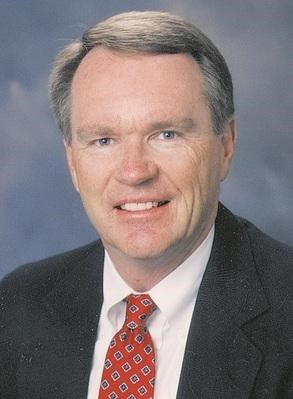 William Henry Vernon, Sr. courageously lost his yearlong battle with cancer on March 10, 2014. He is now at peace in heaven.

Bill was born in Odessa, DE on June 29, 1944. He grew up in Rehoboth Beach, DE and graduated from Rehoboth High School in 1962. He then attended Georgia Tech in Atlanta, GA where he belonged to Phi Delta Theta fraternity. His summers lifeguarding for the Rehoboth Beach Patrol and his days at Georgia Tech held some of his fondest memories. He loved going to the beach, boating, fishing and driving his Corvette. He was a member of the Beachcombers Corvette Club. He especially loved his Georgia Tech Yellow Jackets. He flew to Atlanta almost every year to attend the football games. It was in Atlanta that he met his future wife, Sharon Soden, of W. Palm Beach, who was teaching there. Bill could often be seen early in the morning riding his bike to the boardwalk and then going to gym where he liked to work out.

After graduation, Bill went to Officers Candidate School and served in the U.S. Coast Guard which included a tour of Vietnam.

Bill is a former president of the Rehoboth Beach Chamber of Commerce and also served in The Delaware House of Representatives under Governor Pete duPont from 1977 to 1981.

He is survived by his wife of 47 years, Sharon Vernon, his daughter, Jennifer B. Vernon, and his son, William H. Vernon, Jr., his brother, Geoffrey Vernon and his wife, Allison, his brother Gainan Vernon and his nephew, Glenn Vernon. Also a brother-in-law, Larry Soden and a niece, Debbie Soden Safranek.

A Memorial service will be held on March 25th at 11 a.m. at New Covenant Presbyterian Church in Lewes.

In lieu of flowers, the family wishes donations to be made to the American Cancer Society or the Building Fund of the New covenant Presbyterian Church, 3072 Savannah Rd., Lewes, DE 19958.


To plant trees in memory, please visit our Sympathy Store.
Published by The News Journal from Mar. 14 to Mar. 16, 2014.
MEMORIAL EVENTS
No memorial events are currently scheduled.
To offer your sympathy during this difficult time, you can now have memorial trees planted in a National Forest in memory of your loved one.
Funeral services provided by:
Parsell Funeral Homes Atkins-Lodge Chapel - Lewes
MAKE A DONATION
Please consider a donation as requested by the family.
MEMORIES & CONDOLENCES
7 Entries
Sharon and family, I am happy to have known Bill and appreciate all he did for our community and our country. I am sorry for your loss. May your fond memories and knowing that others care bring you comfort in your times of sorrow.
Anna Misener
March 25, 2014
We are so sorry for your loss. I worked for Bill when I first became a Realtor.
Tom and Linda Davis
March 24, 2014
Sharon, I am deeply sorry for your loss. Bill was always a good friend to me.
Coleman Bunting
March 15, 2014
My deepest Sympathy Bill to you and your family. Your Dad is now in peace. Take good care of your Mom. This will be a very lonely time for her.
Joanne Hopkins
March 15, 2014
Thank you Bill for all of your service to our country and our community! You have helped and touched many lives while here. May you rejoice in your new Heavenly home. You are going to be missed by all who knew and loved you.
May God comfort Sharon and your whole family. May their memories of you always bring smiles to their faces and warm feelings of love to their hearts.
Randy & Sue Huber
Randall Huber
March 14, 2014
Sharon, my deepest sympathies.
George Diffenbaucher
March 14, 2014
Another one of the good guys is gone
Marvin and Suzi Guberman
March 13, 2014
Showing 1 - 7 of 7 results