As a graduate student back in the late 1970s I had the privilege of taking Z's History of Mathematics course at Temple. His enthusiasm for the subject was boundless, as was his curiosity - and his academic rigor.

During the first meeting he in effect interviewed all of us about our interests and backgrounds, then set about tailoring the course to fit. For example, when he found that all of us had a functional command of at least one other language, we were assigned to read major mathematical papers in their original form and explain our interpretations to the group.

As the term went on Z guided us through the development of several key areas of mathematical thought. When the time came to do individual research into the history of our own fields of interest, his guidance had honed our skills to where we could understand how those areas progressed from their initial concepts to the polished subjects we were studying in our other courses.

For a group of budding young mathematicians, that inspiration was beyond value. Farewell, Z.
Jeff Karpinski
December 22, 2018
Dr. Zitarelli was my idol
He was my algebra teacher at Temple in 1971 and then I took his "History of Mathematics" course the next semester.
he was exciting.
he was fun.
and he was very much excited to share everything he knew about Math.
I am so thankful for having him as a teacher
I did not continue in the field but used what I learned to help me find other jobs in Library work.
God Bless him.
A wonderful teacher and a wonderful person
Leonora Kalinowski-Carr
December 18, 2018
My heart felt condolences to Dave's family. He was a phenomenal teacher, but an even better man. Aside from my father, he was the man who had more impact on my life during my years at Temple.
Mark Weitzel
December 16, 2018
What a privilege to have known Dave and his family. So many wonderful memories from teaching and coaching their beautiful kids to having enthusiastic talks with Dave about mathematics and academics. Saw him jogging many times at North Avenue. I greatly appreciated his encouragement in the field of teaching and still cherish the gift of his calculus book in which he inscribed a warm note. He was a man who changed you for the better just by getting to know him. Praying for God's grace to comfort Anita, Paul, and Nicole during the days ahead. Miss you all.
Dan Wallin
December 16, 2018
Dear Anita , my heartfelt condolences to you and your family. Rich Mucci and I were Dave's students at Temple and I heard of Dave's passing through Rich. He was inspiring not only because he knew his stuff and how to teach it, but also - and maybe mostly - because he was a nice, caring man. I went on to study at Penn State, where Dave and I won the Departmental basketball championship together. I don't ever recall him kneeing anyone in the legs back then. I cherish the emails Dave sent me over the years; just to hear from him made me feel warm and I know you all understand what that feels like with him. Dave made it very clear to me in those emails his love for and the importance to him of his wife and children and grandchildren. I still do maths research and I intend to acknowledge Dave in my next publication. He is so important to me and so many others, in an ongoing, nourishing manner. My fond regards, Bob
Bob Monzo
Friend
December 16, 2018
I was not a math major (although he tried to talk me into it once) but Profesdor Zitarelli was easily one of my favorite (and certainly the most witty) teachers at Temple.

I still cherish the textbook he and Ray Coughlin (another favorite) wrote.
Seth Itzkowitz
December 16, 2018
This was a perfect tribute to Dave. Our condolences to your family.

The Green family
December 11, 2018
Hard to believe Dave is gone. My sympathy for Anita, Paul, Nicole, and the many fortunate others who knew and will miss Dave.
John Allen Paulos
December 10, 2018
John Allen Paulos
December 10, 2018
Nicole, our thoughts and prayers are with you.
Your Cornell Softball Family
December 8, 2018
Anita I am so sorry for you and your families loss. I have only great memories of Dave teaching my two daughters the game of softball and more importantly how to conduct themselves on and off the field.
I cannot thank Dave enough for the countless hours he spent with Kelsea teaching how to throw a softball in your Springfield basement. He noticed her pitching with me during one of his games he was coaching with my older daughter Melissa and kindly offered to help Kel.
When Dave would show up to see Kelsea pitch you could see the determination in her eyes wanting to show Dave her "stuff"
Dave is a one of a kind human being and happy to have know him god bless.
DAN STRAUBE
December 7, 2018
To the ZITARELLI family- I am so sorry for your loss and ours. David was a colleague for many years and I thought the world of him. 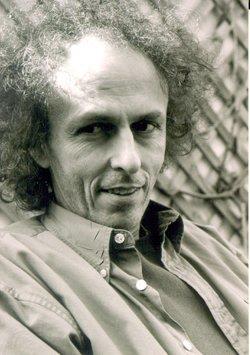 Every time I go to the mailbox in the Temple University math department, I miss Dave, whose office was directly across from it. I'd always go in and schmooze for a bit, exchange bad jokes, brag about our kids, and settle two or three of the world's problems. Dave was a wonderful and caring friend and teacher. He was also a sort of unofficial master of ceremonies at departmental functions, the one who got things and made the meeting fun. Over the years so many students at Temple told me what a great guy he was. They were so right.
John Allen Paulos
December 7, 2018 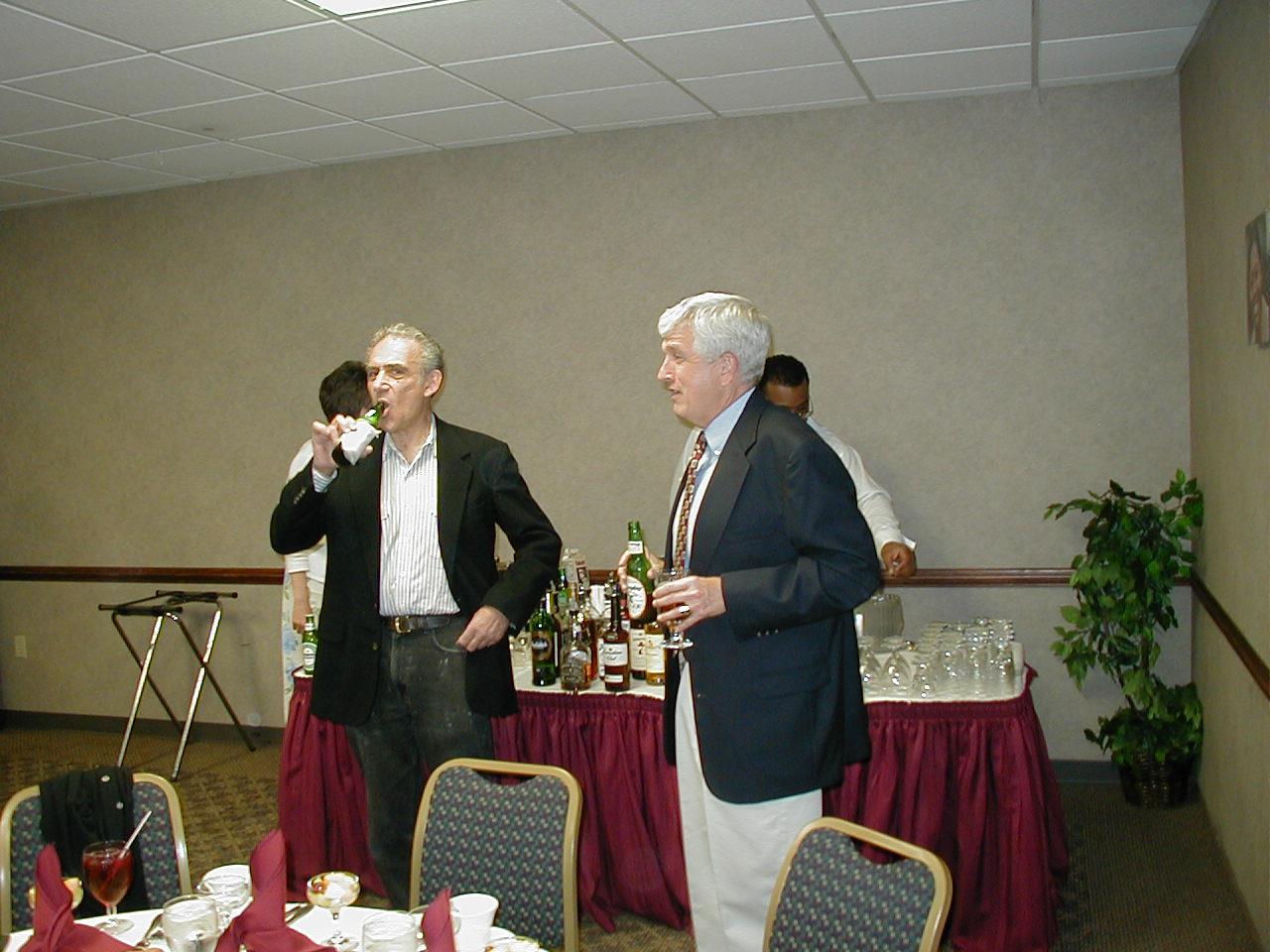 David and I had many moments writing and teaching. I treasure those times. I will miss his smile and humor.

I have attached a photo that charcaterizes David and his attitude toward life. So easy going with eevverybody. This was taken at a retirement dinner a while ago.
David Hill
December 7, 2018
May your memories of the wonderful times you shared with your loved one comfort you and your family, today and always.
American Heart Association
December 6, 2018
To Dr Zitarelli's family, My name is Jennifer Wright Sharp, and I've had the pleasure of working on the first volume of his History of Mathematics in the US and Canada. In the short period we worked together, he was extraordinarily kind and eager to soak up all helpful information about his book. In fact, his kindness is the first thought we all had about him. I'm so terribly saddened to hear of his death, and hope that somehow we can complete his amazingly detailed history--I think it will be a useful and encyclopedic reference for generations. With deepest sympathy, Jennifer
December 6, 2018
My sincerest condolences to the Zitarelli Family for the loss of your loved one, David, and pray you find comfort in Psalms 91:2.
JKH-JW
December 6, 2018
Rev.Carl Christiansen
December 6, 2018
Thoughts going back to 1972 when Pete and I met Dave and Anita and became friends...The one image that is in my head right now is Dave on a softball field, coaching the elite Springfield female softball players and expecting nothing less than perfection and encouraging them to meet his and their expectations of perfection. A funny thing he did when he didn't want these teenage girls to be distracted during prom season, etc. was he made them repeat out loud "I LOVE, I LOVE , I LOVE MY GLOVE" to keep their minds on a sport he loved,softball.
Bonnie Riviello
December 6, 2018
I am so sorry for the Zitarelli family's loss. This is a beautiful tribute to Dave's life. He was a wonderful mathematics colleague, but more importantly, he was a wonderful person with whom I shared many laughs. We will surely miss his smile. Thank you for sharing him with us.

-Lila Roberts
December 6, 2018
Delaware County will be very quiet today after people read this. Dave had so many friends and we will all be having fond reflections of our time with Dave.
Mike Devenny
December 6, 2018
Heartfelt sympathy to the Zitarelli family! As a Ridley friend, I will forever miss Dave's sense of humor and compassion for others. So blessed to have known him!
Kathie (Hoopes) Mateer
December 5, 2018
The entire Kasmer Family sends our sympathy to Dave's family. WE will always remember him on the soft ball field on the Saxer Avenue field.He was a wonderful coach to all the girls. Barbara Kasmer
December 5, 2018
Showing 1 - 28 of 28 results