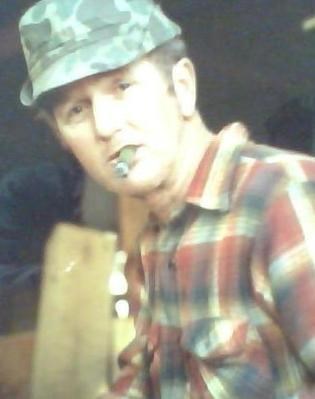 Chincoteague Island-Delbert Lee "Cigar" Daisey, 89, of Chincoteague Island, VA passed away on April 19, 2017. He was born on Chincoteague Island, VA on March 6, 1928 to the late Herbert and Emma Daisey. He was an award-winning and nationally recognized waterfowl wood carver whose work has appeared in the Smithsonian, the Ward Museum of Wildfowl Art, Chincoteague Refuge Waterfowl Museum, and National Geographic. Prior to carving decoys, he worked as a land surveyor and laying out rocket launch pads and roadways on Wallops Island.

Memorial services will be held on Saturday, April 29th, 2017, at 2 PM from the Salyer Funeral Home, Inc. in Chincoteague Island, VA, with , the Rev. John Thorne officiating.


To plant trees in memory, please visit our Sympathy Store.
Published by Eastern Shore News & The Daily Times from Apr. 22 to Apr. 27, 2017.
MEMORIAL EVENTS
Apr
29
Memorial service
2:00p.m.
Salyer Funeral Home, Inc. - Chincoteague
6327 Church Street, Chincoteague, VA
Funeral services provided by:
Salyer Funeral Home, Inc. - Chincoteague
MAKE A DONATION
MEMORIES & CONDOLENCES
Sponsored by Salyer Funeral Home, Inc. - Chincoteague.
4 Entries
My Grandfather was a friend, neighbor and student of Cigar. I always enjoyed hearing stories and seeing the beautiful work he did. He taught and gave generously.
Evan Foster
June 15, 2017
The 3 Mihalak brothers will miss you when we visit Chincoteague. We always enjoyed our visits with you. We've been coming to the island since 1989...it just isn't the same place anymore....
May 2, 2017
I am so sorry for the family's loss. You may find comfort through prayer and God's loving promise found at John 6:40.
S B
April 26, 2017
With condolences to the family of Cigar Daisy - one of the greatest decoy makers ever.
William Mills
April 21, 2017
Showing 1 - 4 of 4 results