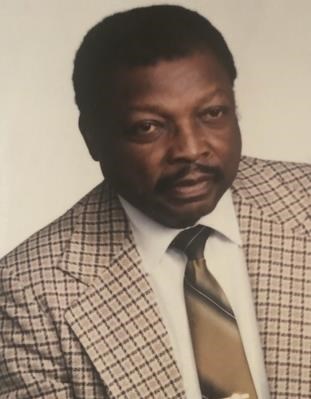 Salisbury - Edward Theodore Taylor, age 88, was a distinguished educator, public servant, and consummate family man. He was born on February 27th, 1932 during the Depression era in a wooden farmhouse in the tranquil, waterway community of Wetipquin, Maryland. He was one of nine children born to Victoria Bailey Taylor and Edward Jerome Taylor.

After completing his elementary education in a two-room schoolhouse in Wetipquin, he went on to attend Salisbury High School, graduating in 1948. Following graduation, he worked as a lumberjack for two years before being drafted into the United States Army on December 1, 1951. At age nineteen, he began thirty-two weeks of boot camp and combat ranger training at Scholfield Barracks in Hawaii. His experience as a combat infantry ranger, who served nine months of brutal conflict on the frigid battlefields of Korea, dramatically shaped his life. He had witnessed the violent deaths and injuries of 249 members of his squad. Ed was one of only six survivors. For his service in combat, he received a Bronze star, but upon his return home, despite his stellar service, he confronted blatant racial discrimination.

In 1954, following his tour of duty in Korea, Ed enrolled at Bowie State Teacher's College, where he excelled academically and socially, becoming the president of the student body in his senior year. One day while sitting in Bowie's Blue Room at a social gathering, he noticed, in his words, "a beautiful, young-looking girl walking toward us. She had the prettiest smile that I had ever seen, and she was small but built to perfection." This lovely young woman was Doretta Jones, whom he would marry in 1956. They would have three children, and he would spend the rest of his years with her.

After graduation in 1959, Ed secured a teaching position at Ross Street Elementary School in Snow Hill, Maryland and moved with his wife and children to Salisbury. While teaching at Ross Street, he enrolled in Salisbury State College in 1961 to earn his Master's equivalency in Education. In 1970, he began teaching at the newly-integrated Snow Hill Middle School, he later obtained employment closer to Salisbury and became Vice-Principal at Mardela High School. In 1978, he received a second degree from Salisbury University—a Master's degree in Administration and Supervision. In 1988, Ed joined the Pupil Personnel Team at the Wicomico County Board of Education, where he served until 1994 when he and Doretta retired jointly from the public school system.

Immediately after retirement, Ed entered politics and served three four-year terms as Wicomico County Councilman, having won his first election by 73 percent of the votes. During his tenure, his accomplishments ranged from working to reduce incarceration to improving education for homeless children. Ed aspired to improve the lives of all citizens in the county.

In 1996, upon return from the Million Man March in Washington, DC, Ed formed the not-for-profit organization "100 Good Men" and became its first president. Comprised of a cadre of volunteer men and women, the organization provided mentors and tutors to Wicomico County youth. Its after-school program included life skills training and cultural enrichment. In 2001, the Community Foundation of the Eastern Shore honored Councilman Taylor with the Frank H. Morris Humanitarian Award for his lifelong contribution to children and community uplift.

In 2006, Ed began his foray into writing and published his memoir of the Korean War Just God and Me: A Korean War Veteran Remembers. He would go on to publish two more books—another memoir titled Up From the Strawberry Patch, which chronicles his journey from Wetipquin to the Wicomico County Council Chamber, and a novella On Yonder's End.

Always interwoven into Ed's life was his love of family—his immediate family and his large extended family of grandchildren, siblings, nieces, and nephews. As a natural born teacher, he contributed immensely to his own children's education through the routine sharing of history, speeches, family lore, and poems, and he spearheaded summer vacations for his family to points as far north as Canada and as far south as Florida. Always calm, good-humored, and endearing to his grandchildren, Ed shared words of wisdom and provided guidance in a way that demonstrated his profound and abiding love for all of them.

Ed also shared his favorite leisurely activities of fishing and boating with his children, all of whom he taught how to bait a hook, cast a line, pull an anchor, and clean a cooler of fresh perch and rock fish. After his 1994 retirement, he began his career as a sea captain, earning his captain's license. Regularly, he carried out fishing parties of family, close friends and neighbors, and colleagues. For "Captain Ed," maneuvering his fishing cruiser through the brackish waters of the Nanticoke River—whether with a fishing party, with one or two of his fishing buddies, or with his son—was in his words, "freedom!"


Published by The Daily Times from Jun. 2 to Jun. 3, 2020.
To plant trees in memory, please visit the Sympathy Store.
MEMORIAL EVENTS
Jun
6
Viewing
5:00p.m. - 8:00p.m.
Holloway Funeral Home - Salisbury
501 Snow Hill Road, Salisbury, MD
Jun
7
Funeral service
10:00a.m.
MD
Funeral services provided by:
Holloway Funeral Home - Salisbury
MAKE A DONATION
MEMORIES & CONDOLENCES
Sponsored by Holloway Funeral Home - Salisbury.
11 Entries
I will be forever grateful for your years of kindness towards me when I was in middle/high school and you attending my college graduation!!! Thank You for never giving up on me and believing in me when I did not believe in myself!!
Nikki
Student
May 27, 2021
Mr. Taylor was such a fun and great Vice Principal at MHS! He was involved in all the students life. After reading his obituary as an adult, what a hero he was to our country and influential to the lives of many young students concerning their education development! He was a great man!
Denna Taylor Bennett
Student
May 25, 2021 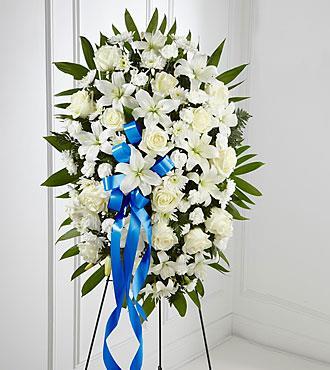 noble jones
June 5, 2020
May God bless you and your family in this time of sorrow.
George Whitney
Acquaintance
June 5, 2020
I am going to truly miss Mr. Taylor. He was my mentor in middle school and dealt with me during my rough teenage years. He never got upset with me even at my worse during class and he showed me love when I was still learning how to love myself. He never gave up on me and always believed in me. As I transitioned into adulthood, he would always tell me " I knew you could do it, I always told you that". I send my thoughts and prayers to the Taylor family at this time and I pray for comfort in the wonderful memories of the Great Mr.Taylor as he is loved and appreciated by many.
Shamara Smiley
Student
June 4, 2020
Such a great man.He was vice principal at Mardela when I went there.you will be missed and remembered by many.R.I.P.
Peggy Donoway Hamilton
Student
June 4, 2020
Mr.Taylor was a very close friend of mine in so many ways for quite afew years someone that I will forever miss God bless you sir Smitty
Clarence Smith
Classmate
June 4, 2020
Chris; What precious, precious memories you must have. Deep condolences to you and the family. God is a strong comforter, stay close to Him for strength.
Marie Bland
June 3, 2020
So sorry Yvette to hear of your fathers passing. My heartfelt condolences to you and your family.
Bill Martin
Friend
June 3, 2020
This news makes me so sad, I remember Mr. Taylor from Mardela High, he was the vice principal when I attended there. Mr Taylor was always available to listen or help in any way he could. Even if I got sick at school and my parents were not home he would leave school to give me a ride home. My favorite memory though is for one of the classes we had to conduct an interview with one of the staff and I chose Mr. Taylor. Every question that I asked he answered truthfully, but also in return asked m the question in return and when I would answer he would ask me why I felt that way. He was truly interested in the safety, health, and welfare of all the students under his care. I hope that you Rest in Peace, you will always have a place in my heart. My condolences to his family, may you find some comfort during this difficult time.
Lisa Wilkinson
Student
June 3, 2020
In loving memory of a wonderful man. We will love you and miss you always.
Richard Hachoose
Family
June 2, 2020
Showing 1 - 11 of 11 results