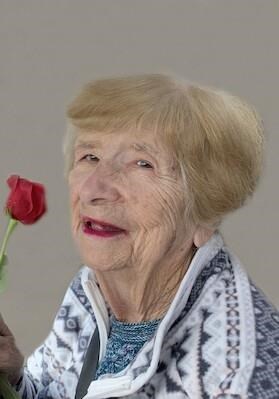 Wachapreague - Fern Mears Ward, 97, wife of the late William Ward and a resident of Wachapreague, Va., passed away Friday, July 30, 2021, at John B. Parsons Senior Living in Salisbury, Md. A native of Wachapreague, she was a daughter of the late Paul Mears and the late Bessie James Connor Mears. She was a retired legal secretary for Mapp, Mapp, & Klein and later worked part-time at the Eastern Shore Chamber of Commerce. She was a longtime member of Ocean View United Methodist Church in Wachapreague.

Affectionately known as Mama Sern by her grandchildren, Fern for many years was an avid Bingo player and baseball fan, most notably of those perennial ne'er-do-well Atlanta Braves and Baltimore Orioles. She was a fixture each summer at the Wachapreague Carnival, where she enjoyed clam fritters. Fern was beloved among the family for her often eccentric nature and those M&M-dotted Royal Icing cakes lovingly called 'Mama Sern cakes' that were the dessert centerpiece at birthdays and other family functions. She was a prayer warrior who prayed for not only the well-being of her family, but also of many others. She loved the Lord and was well read in the Bible and other forms of media.

A graveside service will be conducted at 2 p.m. Sunday, Aug. 8, 2021, at Edgehill Cemetery near Accomac, Va., with Pastor Kit Laxton officiating. In lieu of flowers, memorials may be made to Lighthouse Ministries, PO Box 54, Keller, Va. 23401.

Online condolences may be sent to the family at www.doughtyfuneralhome.com

Arrangements were made by Doughty Funeral Home in Exmore, Va.