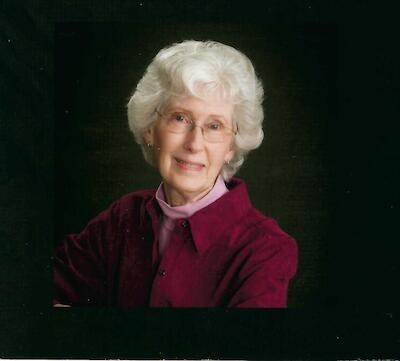 Janet Wynn Sample, 80, of Salisbury, passed quietly on August 6, 2021 to join her beloved mother and father in heaven.

Loving wife to her sweetheart Tom for over fifty years, and tolerant and protective big sister for seventy five years to her little brother, David.

Janet was a graduate of Upsala College in East Orange, NJ, and spent her working years as a social worker in several mid-shore social service agencies.

Janet was a devout Catholic, and volunteered for many years at the Joseph House. The family would appreciate donations in Janet's name to the Joseph House, a non-profit charitable organization that helps the poor and homeless of mid-Delmarva.

Janet's last wishes were that all her friends and family live long and fulfilling lives, and remember her in their prayers.

All things bright and beautiful,

All creatures great and small,

All things wise and wonderful,

The Lord God made them all.

A memorial mass will be celebrated on Wednesday, August 11, 2021 at 11:00AM at St. Francis de Sales Catholic Church.

Arrangements are in the care of Zeller Funeral Home in Salisbury.


Published by The Daily Times from Aug. 6 to Aug. 8, 2021.
To plant trees in memory, please visit the Sympathy Store.
MEMORIAL EVENTS
Aug
11
Memorial Mass
11:00a.m.
St. Francis de Sales Catholic Church
MD
Funeral services provided by:
Zeller Funeral Home
MAKE A DONATION
MEMORIES & CONDOLENCES
Sponsored by Zeller Funeral Home.
8 Entries
Sending deepest sympathy in the loss of Janet. I worked with her at the health department. She was always so sweet, kind, pleasant and a pleasure to work with. My thoughts and prayers are with you . May God be a source of strength and comfort to you during this most difficult time. Let all the wonderful memories help sustain you. RIP Janet. Ann Beauchamp
Ann Beauchamp
August 21, 2021
Mr. Sample, I am so very sorry to hear of Ms. Sample´s passing. She was such a lovely person. Please accept my deepest sympathies. Debbie ( former Mallard employee)
Debbie Falter
August 18, 2021
Tom I am so sorry that Janet passed. I learned of it late through my sister Joan. I think we lost the best part of "Sam and Janet Evening"(Some Enchanted Evening) from so many years ago. Sorry old friend.
Ed Banks Jr
August 16, 2021
Tom I somehow missed the obituary and only learned of your heartbreaking loss when my sister Joan told me. We lost the best half of "Sam and Janet Evening" (Some Enchanted Evening?) Sorry old friend
Ed Banks Jr
August 16, 2021
Janet was one of the most gracious and sweetest individuals I have ever met. May her memory be a blessing.
DJ Whitley
Family
August 11, 2021
Tom,I am sorry for your loss.My deepest sympathy. May she RIP. Doris Butler
Doris Butler
Friend
August 10, 2021
Tom, We send our deepest sympathy and prayers. God bless you.
Dean and Roseanne Burroughs
August 8, 2021
Tom, I sadden to read about Janets passing. Wish I were closer to be there.
Bob Reynolds
Friend
August 8, 2021
Showing 1 - 8 of 8 results