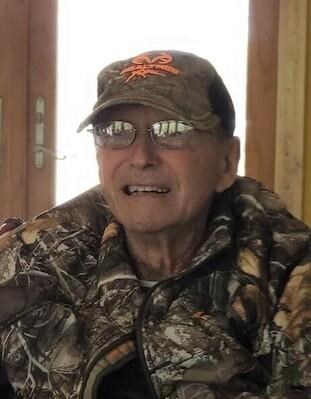 Born on February 25, 1937 in Withams, VA, he was the son of the late Jess "Beanie" W. Rantz and Violet Linton Rantz. Larry owned several businesses over the years, with Rantz Properties, LLC being the last. He was a successful timber and firewood dealer, working for the Chesapeake Corporation. Larry enjoyed collecting decoys, playing tennis, crochet and skiing. He never knew a stranger and would carry a station wagon full of kids to go watch movies. Larry had a zest for life and enjoyed sharing it with those around him.

Other than his parents, Larry was preceded in death by his first wife, Betty Jean Rantz; two brothers, Rickey Kildare Rantz and Archie Rantz; and a sister, Sarah Mae Rantz.

Funeral services will be held on Saturday, August 7, 2021 at 2:00 PM from Hallwood Baptist Church in Hallwood with Rev. Danny Shrieves officiating. Interment will follow in the Downings Cemetery in Oak Hall.

The family will receive friends one hour prior to the service at the church.

Should friends desire, memorial contributions may be made to Hallwood Baptist Church, 27508 Main St, Hallwood, VA 23359.

Arrangements are by the Thornton Funeral Home in Parksley, VA.