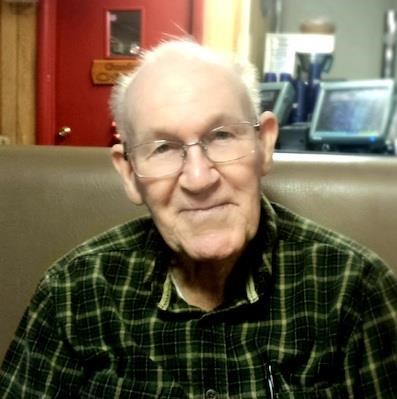 Salisbury - Richard Carroll Norman Sr., 96, of Salisbury, MD passed on Friday, July 30, 2021 at home surrounded by his family. Born on December 17, 1924 in Baltimore, MD, he was the son of the late Charles Allen Norman Sr. and the late Hilda Mae Norman-Davis.

Richard served his country in the United States Marine Corps as a Corporal during World War II from 1942-1946 serving in the Pacific Theater under the 1st Marine Division. After the war, Richard was a Residential Contractor for many years building many homes in his community.

Richard was a man that loved and provided for his family and friends. His family was his pride and joy. Richard once said, "Heaven began the day that he married Doris."

A memorial luncheon will be held on Saturday, August 7th at the Fruitland Fire Hall between 1:00 to 3:00 pm to celebrate Richard's life. Family and friend are invited to attend.

Memorial contributions may be made to the Marine Toys for Tots Foundation - Gift Processing Administrator, 18251 Quantico Gateway Drive, Triangle, VA 22172 or donate to your local Toys for Tots Campaign.

Services are in the care of Holloway Funeral Home, PA., 501 Snow Hill Road, Salisbury, MD 21804. Please share memories and condolences with the family at www.HollowayFH.com.

Published by The Daily Times from Aug. 5 to Aug. 6, 2021.
To plant trees in memory, please visit the Sympathy Store.
MEMORIAL EVENTS
Aug
7
Memorial Gathering
1:00p.m. - 3:00p.m.
Fruitland Fire Hall
MD
Funeral services provided by:
Holloway Funeral Home - Salisbury
MAKE A DONATION
MEMORIES & CONDOLENCES
Sponsored by Holloway Funeral Home - Salisbury.
1 Entry
This was my Uncle Richard who was very much like a father to me. I adored him. Sad that I had to find out today when I was trying to connect with his family to let them know my dad died today as well. Really, thanks for the heads up guys.
Bonnie Morris
Family
September 5, 2021
Showing 1 - 1 of 1 results