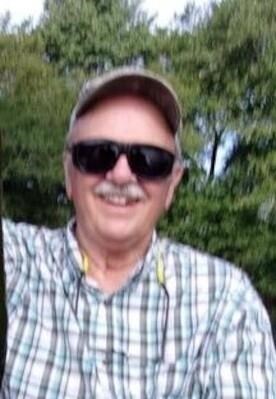 He was born February 2, 1947 in Millsboro, Delaware, a son of the late Stansbury Preston English and Sarah Twitchell English. Bob grew up on a farm which is where his strong work ethic was shaped. He graduated from Laurel High School with the class of '65. A little over a year after graduation he married Sandra Shockley of Snow Hill, and together they enjoyed almost 55 years of marriage. Most of his career involved jobs in law enforcement as a park ranger at Assateague State Park followed by several years with the Fruitland Police Department. After retirement, he took a job for several years as a service repairman with Holt Paper Company. He was a 32nd degree Mason and a long-time member of Wicomico Lodge #91 AF & AM in Salisbury. Hobbies included woodworking, he could build or fix almost anything, and was constantly ready to lend a hand. He loved his boat and fishing, and always wanted to share the experience with others. When he was at home, he and his trusty 4 legged sidekick, Moses, could be found tending to their treasured chickens.

He also loved building and collecting lighthouses and had a passion for stained glass projects. He was always ready to design an original creation for a friend. Bob kept a positive attitude, even in his last days, and always lived by his favorite saying, "Every day's a holiday."

He will be missed by his family, wife, Sandra Shockley English, married September 2, 1966; children, Robert "Robbie" A. English, Jr. of Salisbury, Shelly English Jackson and husband Greg, who he considered a second son, of Newark, and Angie Perry and husband, Alan of Rolesville, NC; a special cousin, who was like a sister to him, Anna Lee Shockley of Snow Hill; grandchildren, Zoe Elizabeth Jackson, Benjamin Avery Jackson, Nicholas Rhodes, Elise Perry and Evan Perry; brothers, Kenneth Vigue and special friend Brenda of Kentucky and John English and wife Bonnie of Centreville, MD; sisters, Carla Willey and companion Tommy Lane of Laurel and Martha Stevenson of Georgetown; and many nieces and nephews.

In addition to his parents, he was preceded in death by a daughter, Lisa Michelle English and a sister, Judith Reed.

Memorial contributions may be made in his memory to the Shriners Children's Hospital by visiting https://lovetotherescue.org/

Arrangements are in the care of Short Funeral Home in Delmar. Online condolences may be sent to the family by visiting www.shortfh.com