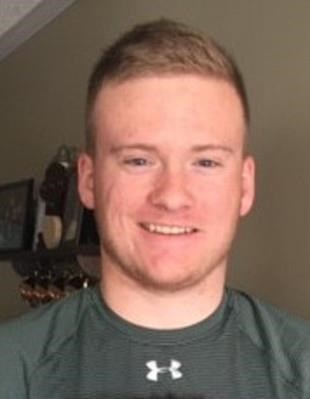 Salisbury - Spencer Butler Wiersberg, 23, of Salisbury, Maryland, peacefully passed away at his family's home on January 12, 2020, surrounded by his beloved family and "dream team" after a courageous ten-month battle with bone cancer.

Born July 24, 1996, in Salisbury, Maryland, Spencer attended Wicomico Day School, Bennett Middle School and graduated from James M. Bennett High School where he played soccer, lacrosse, and was recruited as the Clipper's football starting kicker. Spencer attended McDaniel College where he distinguished himself, graduating early with a Bachelor's degree in sociology with a concentration in criminal justice and playing football his entire college career. At McDaniel, Spencer served as the starting kicker and was the leading scorer every season.

From the time he was a young boy, Spencer was recognized as remarkable because of the purity of his heart and because he was an "old soul" who vigilantly protected all those he loved. Without fail, Spencer's morale compass was firmly set and he never faltered in following it. Spencer exemplified selflessness, never considering his personal wants, needs or comforts above that of others.

An Eastern Shoreman at heart, Spencer loved hunting and fishing, and passed on his love to his baby sister Samantha. "Brother," as he always has and always will be known, ensured Sam was always warm and dry, and did his best to encourage her to keep her quiet as not to spoil their hunt.

Having been raised in a law enforcement family, Spencer followed in his father's footsteps. Immediately upon graduating from McDaniel, Spencer joined the Fruitland Police Department and graduated from the Eastern Shore Criminal Justice Academy in June 2018. In his all too brief career, having a great sense of who he was, his calling in this life, and knowing the value of his family name, Spencer committed himself to protecting and serving his community with integrity, certitude, humility, and an attention to detail that are rare and remarkable, especially given Spencer's youthful age. As a result, Spencer was honored with receiving Fruitland Police Department's Officer of the Year Award, Maryland's State DWI Enforcement Award and two Mothers Against Drunk Driving Awards. Remarkably, Spencer was able to achieve all of those accomplishments despite being the youngest serving sworn law enforcement officer with the Fruitland Police Department.

In March 2019, Spencer was diagnosed with Ewing sarcoma. Immediately thereafter, our entire community rallied to support Spencer, the Wiersbergs, and our law enforcement family. Spencer bravely faced his diagnosis. While cancer took much from Spencer, it did not take his dignity, his sense of humor, his faith in God or his faith in our community. Spencer, the person he was, and the way in which he led his life, as a true warrior, has served as inspiration for our entire community. Over the past ten months, our community has come together and displayed the best of each of us. Spencer knew well that he was not fighting alone. For this, Spencer's family is eternally grateful.

Anyone wishing to send challenge coins, patches and any mementos that they associate with Spencer, please send to: Wiersberg Warriors, c/o Operation We Care, 829 East William St, Salisbury, MD 21804.

Randy Gravenor
Former Salisbury P D
January 19, 2020
So sorry for the whole family and Fruitland police and community. Also sorry I never got to meet Spencer. Reading about him, I wish I had.
May God's love and peace uplift and surround all of you and carry you through this trying time. My prayers have been with you for two years, and will continue, as you heal and contemplate loving memories.
Helen Darmetka
January 18, 2020
Lois Sterling Bull
January 16, 2020
I will miss his contagious smile,charm and his love for family and friends. Love you buddy.
Sandie James
January 16, 2020
I will miss his contagious smile, his charm and most of all his love for family and friends.
Sandie James
January 16, 2020