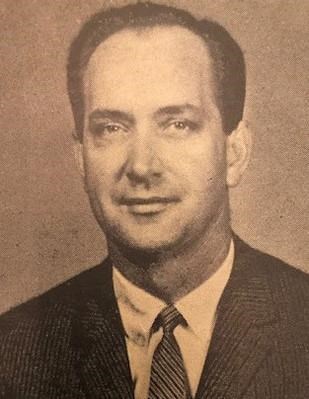 Salisbury - Walter Dixon Webster died peacefully at the age of 93 at home on Friday, October 25, 2019 surrounded by his loving family. Born on January 30, 1926 in Wenona, Maryland on Deal Island, he was the son of the late Walter Dixon and Hattie Corbin Webster.

Leaving Wenona at the age of 14, Walter attended Wicomico Senior High School. After acquiring a GED, Webster entered the US Navy during WW II and served 3 ½ years, part of which was aboard the USS Yellowstone (AD-27) & the USS Douglas H. Fox (DD-779) in the Mediterranean as a radar technician. After leaving military service, he attended Salisbury State Teacher's College and then transferred to University of Maryland, College Park where he resided with roommates from Salisbury, Joe White, Frank Morris and John Delaney, and was an active member of Delta Sigma Phi National Fraternity.

Graduating from University of Maryland Law School in 1955, Webster immediately moved to Salisbury where he practiced law for 62 years. In addition to his law practice, he and his second wife Joyce, engaged in many business enterprises including A & W Homes, Jones Air Freight, Martini's Restaurant in Seaford, Delaware and the Gospel Shop, which they operated for more than 20 years. At one time, The Gospel Shop was one of the top five Christian bookstores in the United States, and touched thousands of lives through their in-store ministry.

Walter was a lifelong sports enthusiast, and even had the great fortune to train with football coach Jim Tatum while playing football at the University of Maryland, until sidelined by a knee injury. He found an outlet as a fan of the then Baltimore Colts, helping to form a local booster club called the Colts Corral along with John Wright, Ed Vaughan and Calvin Pusey, which provided much enjoyment, especially on their Sunday bus trips. He was always glued to the television for an Orioles or Ravens game, and spent many happy hours cheering for the Terrapins with son Art and daughter Nancy. He was a member of the Salisbury Elks Lodge, VFW, American Legion, the Disabled American Veterans, and Trinity United Methodist Church. He was a member of the Maryland State Bar Association and the Wicomico County Bar Association, and recently attended a reunion of the University of Maryland Carey School of Law in Baltimore.

Walter wanted to be remembered as a man who loved everyone, and especially enjoyed helping people through his long and successful law career. He was one of the last traditional lawyers who handled every legal need for his clients and their families, often serving three and four generations. Walter's own father was a Methodist circuit rider, and throughout his life he assisted churches with legal matters and donated generously when asked. During Walter's career, he often took payment in bushels of sweet potatoes and oysters, and waived payment for poor clients. Having grown up during the Great Depression, he had a deep understanding and empathy for what it meant to be in straitened circumstances. Walter was a humble man with a warm and generous nature and a great sense of humor.

A visitation will be held at Holloway Funeral Home in Salisbury on Friday, November 1st from 6 to 8 pm. The funeral service will be held at Delmarva Evangelistic Church at 407 Gordy Road on Saturday, Nov 2nd at 2 pm with visitation one hour prior to the service. Interment will follow at Parsons Cemetery in Salisbury.

Arrangements are in the care of Holloway Funeral Home PA at 501 Snow Hill Road in Salisbury. To send condolences, please visit www.hollowayfh.com.