Adan Dominguez Baca, 80, a lifetime area resident, presently living in Faywood, passed away Sunday evening February 6, 2011 at the University of New Mexico Burn Center in Albuquerque.
Visitation will begin at 6 o'clock today, Wednesday February 9, 2011 at St. Ann's Catholic Church followed by a rosary service at 7 o'clock led by Suzanne Lundy. Mass of the Resurrection will be celebrated there Thursday February 10, 2011 at10 o'clock in the morning with Bishop Ricardo Ramirez as the principal celebrant. The rite of committal and interment will follow at Mountain View Cemetery. Fr. Enrique Lopez Escalera will officiate.
He was born October 17, 1930 in Swartz, NM to Elena Dominguez and Eduardo Baca. He attended Grant County Schools and served in the U. S. Army during the Korean War. After his return he worked for several years for Walter Hightower at the '76' Ranch and Cow Springs. He married Nellie Molina on October 9, 1955 in Deming and raised their family while working at the Luna County Cotton Gin and the U V Mines in the Grant County mining district. His last employment was with the Deming Public Schools maintenance department. During all these years his greatest joy was spending time at his farm and ranch at Faywood and helping area ranchers during their busy seasons. He was especially fond of working with Smokey Nunn and most recently helping his children Patsy and Ron work their cattle.
After the death of his wife in 2007 he moved there permanently and loved sharing his country life with his children and grandchildren. He was a member of the Catholic Church.
Survivors include 2 sons, Ron Baca and wife Kay of Fedor, TX and Paul Baca and companion, Gloria Marquez, Las Cruces; 3 daughters, Theresa Baca, Las Cruces, Patsy and husband, Rukin Jelks, Elgin, AZ and Lisa Hinerman, Las Cruces; 4 brothers, Ramon D. Baca, Faywood, Julian Baca and wife Martha, Fernando 'Buddy' Baca and wife Felicitas and Mayor Sam Baca all of Deming; 9 grandchildren and 3 great-grandchildren as well as a special friend, Ruth Valenzuela.
He was preceded in death by his parents, wife and a sister, Nora Baca.
Serving as pallbearers will be P.J. Garcia, Philip Baca, Henry Baca, Ray Baca, Eloy Baca and Ruben Salaiz.
Entrusted to the care of Baca's Funeral Chapels - exclusive provider for Veterans and family memorial care. To sign the online guest book or to send a card, please visit our website at www.bacasfuneralchapels.com.
811 S. Gold Ave., Deming, NM 88030. Phone: (575) 546-9671.
Published by Deming Headlight on Feb. 9, 2011.
To plant trees in memory, please visit the Sympathy Store.
MEMORIAL EVENTS
To offer your sympathy during this difficult time, you can now have memorial trees planted in a National Forest in memory of your loved one.
MAKE A DONATION
MEMORIES & CONDOLENCES
25 Entries
My sincere thoughts and prayers to all the family in your time of need. May God Bless you all; and may He also give each of you peace, comfort, and strength. Blessings!!
Irma Herrera Harrison
February 16, 2011
Our family seems to always stay together, Adan's death makes us closer. May God always be with us all
Mary Chaires Damon - Madison,Al
February 15, 2011
My Deepest Sympathies to the Baca family. May you find comfort knowing that he LIVES in heaven
Teresa Baca-Thurston
February 15, 2011
I'am so sorry for your lost loss. My thought are with you and your your family. Love you all.
Alice Parra Stinnett
February 13, 2011
He was loved by so many. I am so sincerely sorry for our loss.
Alicia Vasquez-Rios
February 11, 2011
Be Still

Be calm and you will hear your loved one speak, in the stillness, in the calm, their love resounds.

If you are still this promise I make, you will hear the voice of your loved one helping you along your way.
Kate Walsh
February 10, 2011
My condolences to my cousins Julian, Buddy and Sam. I shall really miss Adan. He reminded me of my Dad, (Federico).
His way of walking and his sweet smile.
May Adan rest in the Peace of Christ.

Ruth B. Costales Kannapolis,NC
February 10, 2011
My deepest sympathies go to the family. Nothing can be said to make anyone feel better about such a great loss but always remember the memories you made with him and the things that he taught you. Carry that with you always and you will pull through. Uncle Adan was a great man and he will be truly missed but just know that my Grandma Nora will take good care of him. He is in good hands now. May God bless you all.
Teresa Salaiz
February 10, 2011
"Our deepest sympathies go to the Baca's and the Dominguez family. I know there are no words to give you comfort, but only prayers and God will get you through this. Adan will be greatly missed. May God give you the peace and strength that you need.
Isabel and Gabriel Salaiz (Crosby, Texas)
February 10, 2011
OUR CONDOLENCES TO THE BACA FAMILY. 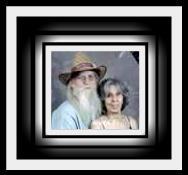 "Our deepest sympathies to the Baca family
"Adan is in God's hands and will be greatly missed .
God's peace be with you all, Michael and Liz Dominguez Smith and Louise Pena Falls {arkansas}
Georgia lizzie Dominguez-Smith
February 10, 2011
Our deepest sympathies to the Dominguez and Baca families. Our thoughts and prayers are with you. We pray that the Lord gives you strength and comfort in your time of need. May Adan rest in the Arms of the Lord, God bless you all.
The family of Thomas Dominguez, Sr.
February 10, 2011
To the family of Adan. No words can express the sadness we feel for you. But Adan is at peace. We will always remember that smile every time we met with him and he will surely be missed. Our thoughts and prayers go out to you all with deepest regret.
Stan & Fran Rawllins
February 9, 2011
Our deepest sympathies to the Baca family. Our thoughts and prayers go out to you. May Adan rest in peace. God bless you!
Berta and Dan Anderson
February 9, 2011
Teresa, Patsy and to all of your family, words cannot heal the pain of losing someone so dear. May Our Lord God give you and yours the strength to overcome the pain. In Christ Jesus, Kathy Ortiz
Kathy Ortiz
February 9, 2011
To the Baca Family,
Our prayers and with you in your time of need. May the Lord fill your hearts with Love, Peace & Understanding.
Aryanna Danae Baca
February 9, 2011
Adan was a wonderful Father in Law and a loving family man. I felt like Adan was my father and loved him as I do my own. I will miss Adan and have many fond memories of our time together that will last my lifetime. "I will miss you Adan. You taught me how to be a TRUE Cowboy. Now your free to play your music with swift hands and ride like the wind. I will see you again some day on that big ranch in the sky". Love Warren
Warren Hinerman
February 9, 2011
My deepest sympathy to Adan's family in the passing of your Dad,Grandpa,Brother, Uncle, Cousin, Friend... God's peace be with you all. From my heart to yours...
Debbie Cordova
February 9, 2011
"I will miss your smiling face. Rest in peace primo. Sincere condolences to all of Adan's family and friends." Manuela Baca Van
February 9, 2011
I am so sad to hear about his passing. He was a long time neighbor of mine. He will be greatly missed and my thoughts and prayers go out to his family.
Marissa Guillen
February 9, 2011
Sam, Buddy, and children of Adan


I was so sorry to hear of the passing of Adan.
May God bless you and comfort you during this difficult time. I always admired Adan and Nellie. They were such good people and role models. Always remember Adan had a good long life and died doing what he loved the most. Ranching....... of course, ranching was second to his family. May your memories and God give you the strength to go on.

Theresa Chavez Castro
February 9, 2011
I am so sorry for your loss. My thoughts are with you and your family.May the peace which comes from the memories of love shared, comfort you now and in the days ahead.
Renee Uzueta-Abreu
February 9, 2011
Showing 1 - 25 of 25 results